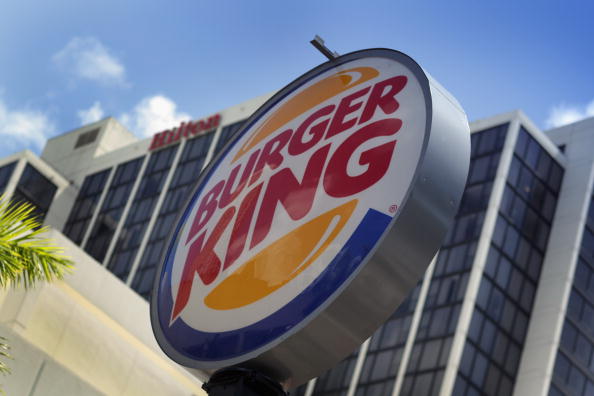 Burger King is quick, easy and affordable, which is why it’s the go-to fast food restaurant of choice for so many people. Whether it’s a quick meal on a short lunch break or dinner on the run for a busy family with no time to cook between extracurricular activities, millions of people eat here on a daily basis. At the end of the day, it’s hard to pass up the delicious whopper, and it’s even more difficult to say no to something as good as a cinnabon cinnamon roll for breakfast or those decadent fries or onion rings.

The good news is that you know what you’re eating at Burger King isn’t good for you, and hopefully that deters you from eating here too much for health purposes. Unfortunately, that’s often not enough for some people. Sometimes you ignore what you’re eating and say that you’re not fat, so you’re not unhealthy. Or maybe you eat her and then assume you can just eat something less later on to balance it out. The truth is that most people have no idea how many calories they are actually consuming when they dine at Burger King. It’s a lot; and you should know that if you’re going to eat here against our advice, you should not order specific menu items. They have more calories than anything else, and the calorie count on these menu items does not include sides such as fries.

First of all, no one in their right mind needs this much food at breakfast time – especially when it’s from a fast food restaurant. This is a meal that’s made for the world’s largest men who are looking to gain weight before a big game or movie role. What you don’t need is to consume this meal even occasionally. It’s too fattening, and you don’t even want to know what this meal has in it as far as other unhealthy pieces. You’re just looking at calories, not fat calories, sodium, trans fat and other unhealthy additives. It’s a meal that will literally kill you. And it’s only one meal; you still have a full day to get through after eating this meal and you can’t do it by not eating anything else throughout the day.

Add cheese to this meal and the calorie count goes up to a staggering 1070 calories. Add onion rings to this meal and the calorie count goes up another 410 calories (assuming you have ordered a medium size meal. Make it a large and the count goes up 500 calories. French fries will add an addition 410 calories to the meal. Add a 40 ounce soda and you just added another 400 calories. That’s 1970 calories for one meal if you get it in a large. That’s more than most people can eat in a day. The average daily caloric intake for most people is well below what this meal is when served large. Do yourself a favor and never ask for a large meal at any restaurant – fast food or otherwise – and never order this sandwich. In fact, skip the cheese on everything and you’ll save yourself almost 200 calories.

It’s certainly not something with a significant amount of calories in comparison to other menu items. Most of the sandwiches and meals have many more calories than the caramel frappe, but it’s important to realize that this is one beverage that contains 600 calories by itself. Many people actually go through the drive-thru to order this in the mornings when there isn’t a Starbucks or Dunkin Donuts on the way to their office. Just one a day is 600 calories, which is half the daily allotment of calories for some women. It’s too much, and it’s too unhealthy.

A chocolate milk shake is one of the most deceiving dessert items in the world. So many people assume that this is a low-cal dessert because it’s literally just a bit of ice cream, and ice cream is actually relatively low in calories in comparison to other desserts. What so many people neglect to account for is the fact that milk shakes have something like 50+ additives and flavors and other ingredients in them; they’re not just ice cream mixed with a bit of milk. This drives the calorie count up so high that it’s amazing more people don’t stop ordering this. Of course, most people have no idea that a chocolate milk shake at Burger King has virtually no good nutrition; just 980 calories.

Few people actually consume 20 chicken nuggets on their own, but they do let their kids share this meal. Get your preteens a 20-piece chicken nugget to share and think that you’re being healthy by not giving them burgers, and you’re mistaken. This is a 950 calorie item, and that doesn’t include the fries or onion rings and the soda that they’re going to have. You’re looking at more than 800 additional calories added to just this order of chicken. Knowing this, it’s not hard to imagine what’s causing the substantial increase in childhood obesity.

Another menu item fast food lovers consider healthy is a chicken strip. It’s not fried, so it must be low in calories and much better to eat than other things on the menu. Add some honey BBQ sauce to it and you have something that dreams are made of. Yes, these are delicious. No, they are far from healthy. This chicken – without the addition of any sides or drinks – is 690 calories by itself. That’s just four pieces of chicken. That’s crazy! If you’re looking to order healthy at Burger King, look again. You can leave off the salad dressing, skip the sauce, and order a small, but you’re still consuming too many calories. Burger King nutrition is practically non-existent, and the number of people who consume this on a regular basis are far more likely to develop health issues related to obesity.