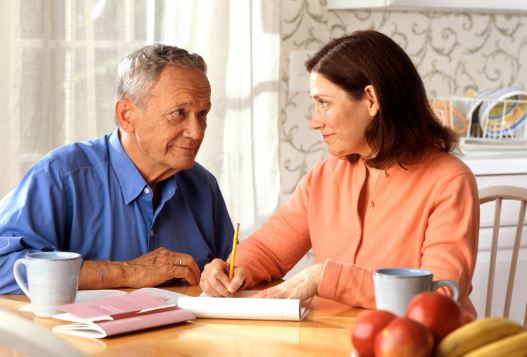 I am a chronic eavesdropper. I don’t mean to be; I promise. However, if I’m sitting in a waiting room or standing in a long line, I listen to people as they chat around me when I’m alone. I might be playing on my phone and appear that I’m not listening, but sometimes I cannot help but listen (and I swear to you that I don’t understand what on earth possesses people to talk abou the things they talk about in public like it’s not being listened to by complete strangers – I’d never do that!). Sometimes what I hear is actually hilarious. Sometimes it’s sad. Sometimes it’s pathetic to the point that I want to shake people and tell them to stop being stupid.

Sometimes, however, what I hear people discuss around me is pure genius. Last week at the gym I was waiting on my girlfriends to arrive. They’re teachers or self-employed ladies like myself, and we make sure we spend our summers working out together for a change of pace. It was just before a class and I was standing in the hall outside waiting to pounce on that back row when the women next to me began having the best conversation.

It all began with one asking the other if she wanted to do lunch after class (um, ew…it’s sweaty and disgusting and no one wants to have lunch next to you unless you go home and shower first). The other woman said she wished she could, but she has already set aside a few hours during her kids’ nap time that afternoon to go over her goals. Apparently, she does this every six months. I was intrigued at this point. Really? Evaluating your goals? I have goals; I know about goals. I make them and hope to achieve them and work towards it every single day.

However, I don’t evaluate them every six months or so to see where I am in terms of reaching my goals. That is genius! I loved the idea so much that I text my husband and told him we need to do that in our lives. it’s been the most amazing thing, and I swear we’ve only done it once! Naturally, we make goals during the new year and we discuss them as a married couple. We discussed them as the holidays wound down last year, and this weekend we discussed them again; this time over a glass of wine in my home office after the kids were in bed. I cannot even tell you how amazing we felt when we went through this list. To help walk you through it, here’s a short list of things we added to our goal sheet at the beginning of the year (nothing too personal, because, you know, privacy).

We have other goals, of course, but these seem to be the most relatable that I could share with others. We went through this list by sitting down and writing them down. Then we asked ourselves a few questions.

We had a long discussion about a number of things, but it came down to the fact that we were pretty proud of ourselves. We’ve been good about a once a month date night or day with our big girls. During the spring and beginning of the year when the weather was nice, we took them to Disney every few weeks for a night or day away without the twins. We took them to see a few movies, we’ve taken them on the boat, we’ve taken them to the beach, and we’ve taken them on dates just to shop and have dinner with us. We’ve been good about getting the twins out of the house more even though they’re two and the last thing we want to do is take them in public.

We’ve been working out together at least 3 times per week, and I’ve been at the gym 6 days a week for going on three months now. My husband was offered an amazing opportunity and he will begin working from home every day in the next few weeks. We’ve been saying no to plans more often, particularly on Sundays since it feels that this is our day to relax and prep for the week ahead, and it’s been so nice.

Basically, we’ve managed to meet every goal on that list in some way, and we’ve added new ones. We’ve evaluated other goals we haven’t quite met, broken them down into steps and we’ve really looked at each one to make sure it’s even doable.

We have a long way to go, but we did learn that evaluating our goals is actually quite empowering, and it’s motivating in a way that has really set a fire within us. I would highly recommend doing this yourself, and seeing how it works out for you.