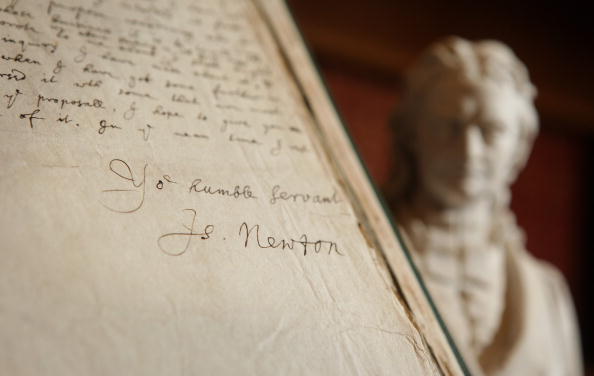 If ever you’ve needed a prescription from your doctor, you’ve seen a poor example of what was, at one time, cursive handwriting. Some people refer to it as a chicken scratch and some people refer to it as a great way to get the wrong prescription considering the fact that it’s completely illegible. But that’s just a drop in the bucket. I want everyone that’s my age (early 30s) to think back to elementary school. We hadn’t yet been introduced to the computer (that came in middle school) and we were learning to read, write and arithmetic. Part of that curriculum included learning not only to dot our I’s and cross our T’s but also to join together letters in what we called cursive handwriting. And while we were taught to do it in a very specific manner, it’s not really surprising that none of us actually uses that manner.

In fact, how many of you actually use cursive handwriting in real life? I’m talking formal cursive (this question need not apply to anyone who signed the Declaration of Independence or professionally addresses wedding invitations)? Very few of us do this. Scratch that; none of us do this. We might go for a few loosely joined words that aren’t at all like we learned to do in elementary school, and few of us actually remember what it looks like to actually write in proper cursive (I cannot remember the proper way to actually join my letters together, to be quite honest).

We spent years being critiqued and graded on our ability to join together words, and it was very apparently for nothing. In fact, kids today aren’t even being taught the fine art of cursive handwriting. And it seems that the world is still turning and people are still living, so it’s not the bad thing that many people might believe that it is.

Cursive, my friends, is officially obsolete. The writing is (haha) on the wall; we wasted years of our lives learning to do something completely useless and inefficient. The point of cursive was to make writing faster. I distinctly remember one teacher telling us we were only allowed to take notes in class using cursive handwriting as it was much faster, more efficient and much more intelligent (how he figured that, I’m not entirely certain). Today, students use their tablets, iPads and laptops to take notes. That seems to be much faster, more efficient and more intelligent. So just why is cursive disappearing from the classroom, and will it hurt our children? We have a few theories.

Computers have Taken Over

The simple fact of the matter is that computers have all but taken over the world of the classroom. When we were growing up, we used those big white machines that took forever to turn on, had plain black backgrounds and a huge black, blinking cursor the size of our heads. Today, kids have computers that fit into the palm of their hands. What we learned in middle school was how to correctly type, and most people still can’t do it because it wasn’t something that many people considered all that important.

In fact, if anyone had told me growing up that my adult life would be spent in my home office in front of my tiny laptop typing faster than the speed of light (so people tell me when they are in my home when I am working), I’d have been so confused at the thought. For one, computers in my day were the size of my full-size SUV. Secondly, we used them for approximately nothing but learning to type and playing games that had blinking cursors and pretty much nothing else. Secondly, people didn’t actually work on computers when I was growing up. Today, we all have about 79 of them. Finally, people didn’t work from home, the internet was new and the entire concept was laughable. I was, however, certain I’d drive my flying car to work. That said, no one writes anymore. We use the computer.

At the end of the day, there is not time to teach children to use cursive since teachers are doing pretty much nothing but teaching to standardized testing. As someone who is not a teacher, I do come from a family filled with teachers, and it seems that they are quite unhappy with this and have been for many years. Classrooms are filled with teachers worried about keeping their jobs based on the performance of students who may or may not care about their own grades, and in turn the careers of their teachers. Cursive is not something teachers have time to teach since it’s not on these tests.

Typing is the Most Efficient

Typing is faster and much more efficient than writing ever was. Of course, neat handwriting and the ability to write is important, but cursive is just not important. Those that do take the time to do this do not do it correctly – at least not in the manner that is specified by educators – and those who don’t bother with it obviously don’t need it. It is one of those situations in which it just does not matter how much time you spend teaching; it doesn’t matter.

Writing is not useless, but it’s not used nearly as much anymore as it once was. In fact, if I dare make a simple grocery list on a piece of paper, I feel as if my hand is going to fall right off. It’s tired and it’s in a bit of pain writing even just a few words.

The days of writing letters and notes is long-since over. We use our computers, our emails, our texts and everything not handwriting related to make sure our words are heard and conveyed. Even if we do write a letter and mail it to someone, chances are good that we type it, print it and stuff an envelope with it rather than taking the time to painstakingly write it out by hand, let alone in cursive.

1 thought on “Why Cursive Writing is Disappearing From Schools”