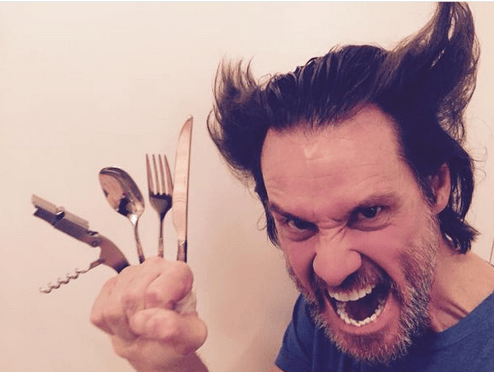 If Jim Carrey has his eyes on one of Hugh Jackman’s roles then we think he has a legitimate shot at playing X Men’s Wolverine.  Sure he may not have Jackman’s physique but as you can see in this picture he’s spot on accurate with the facial hair, expression, and hair style.  The hands could probably do some work though!  To be honest, we love both of these guys already, but this exchange makes us like them even more!

The pair have delighted movie fans by sending each other up with impressions of their most notable characters. Jackman set the ball rolling by using Dubsmash to impersonate The Mask’s catchphrase ‘Smokin’!’ Over 95,000 of the A-list Hollywooder’s followers on Instagram have liked his effort.

And you’ve already seen Jim Carrey doing his thing. We sincerely hope that the two decide to keep up this back and forth.