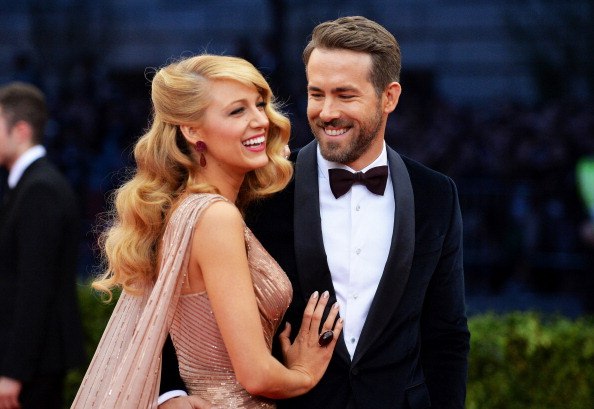 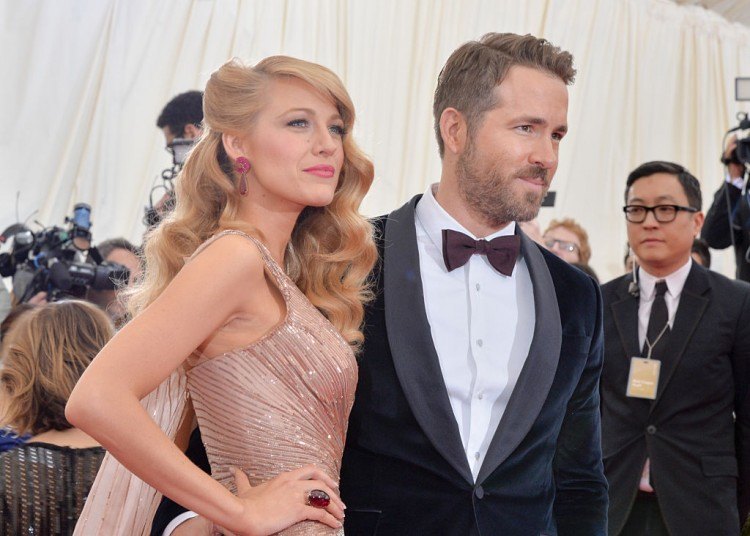 Nothing captures public attention quite like celebrity couples. Musicians, movie stars, and athletes who form relationships with one another are a ubiquitous feature of the media. They pervade social consciousness in ways that very few other topics can match, as news about celebrity couples will travel quickly through social media, radio, and television. Often, it seems that people are more interested in the relationships of celebrities than in their work.

There are several reasons for such interest in these couples. Of course, it is interesting to see what celebrities are truly like and if they share the same types of relationships as normal people. As well, it is a form of escapism to keep up to date on the latest Hollywood gossip. Perhaps the most important reason, however, is not so complex: celebrity couples are usually beautiful. To succeed in any career that demands performing in front of the public, superior genetics and careful maintenance of the body is usually necessary.

However, celebrity couples are constantly emerging and imploding, which can make it difficult to keep track of which celebrities are currently an item and which are not. In order to provide some clarity, here are twenty of the most beautiful celebrity couples in the world today. 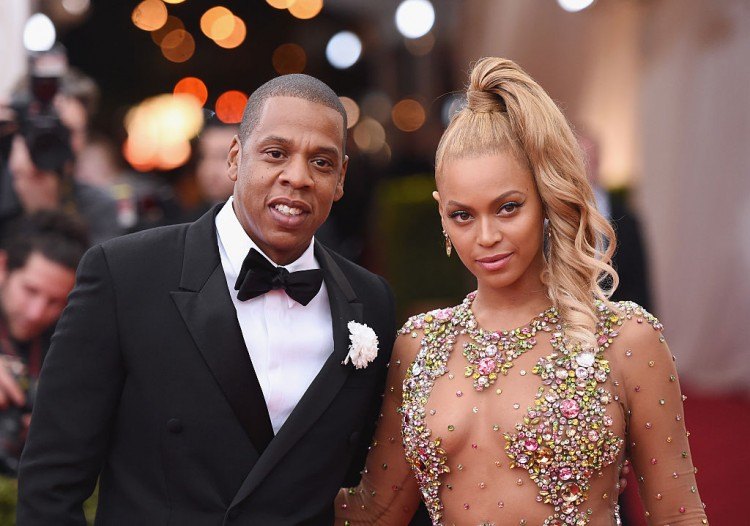 One of the world’s most influential and powerful couples, Jay Z and Beyonce are also extremely attractive. Beyonce in particular is known for her incredible beauty. They have used their impressive looks to entertain thousands of fans across the world for years. They collaborated on several songs in the early 2000s before marrying in 2008. They have a daughter, Blue Ivy Carter, who was born in 2012. The couple has topped lists of both highest earning and most powerful celebrity couples in the world. 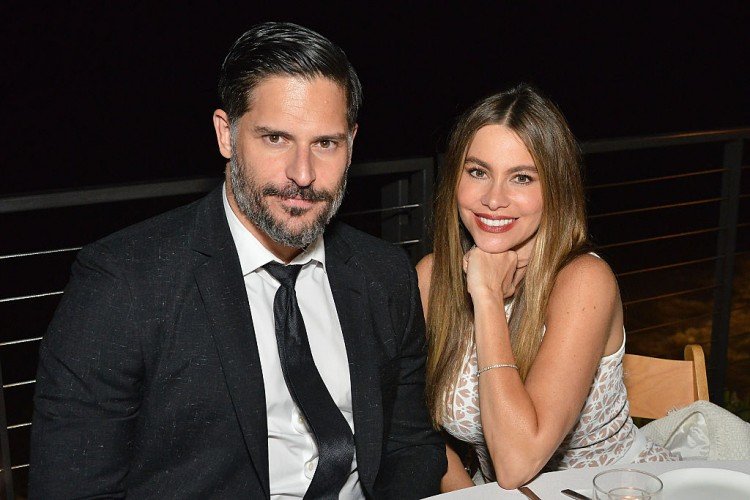 The highest-paid actress on television today, Sofia Vergara is absolutely breathtaking. She was the face for CoverGirl in 2012, which is perhaps the highlight of her modeling career. The Colombian-American actress is best known for her work on Modern Family. Her husband is Joe Manganiello, of True Blood fame, whose looks earned him a role in the extremely popular Magic Mike. The couple became engaged after only six months of dating, and married in 2015. With his rugged looks and her Latina beauty, it is no surprise that this is one of the hottest couples around. 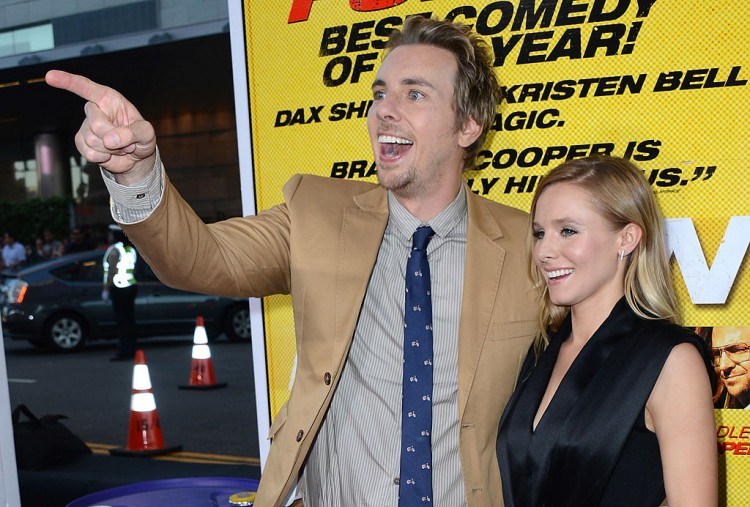 Often, the actual connection between partners in a celebrity couple can be questioned. With the gorgeous Kristen Bell and the handsome Dax Shepard, however, the bond is obvious. The two began dating in 2007, became engaged in 2010, and married in 2013. What is most impressive about this couple is not just their great looks and devotion. They decided together to wait until same-sex marriage was legalized before getting married. These types of values make this a couple that is as beautiful on the inside as on the outside. 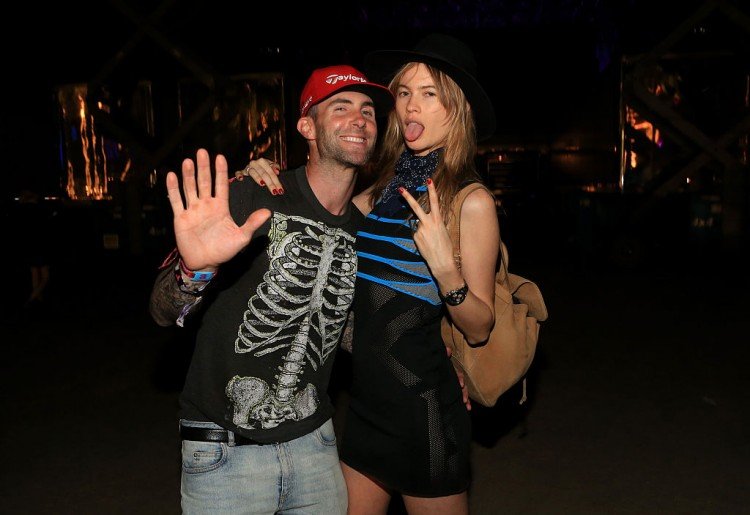 Naturally, the “sexiest man alive” of 2013 deserves a spot on this list. Adam Levine, famous both for his work with Maroon 5 and on The Voice, is an undeniably attractive man. He is passionate about yoga, which keeps him in fantastic shape. However, his wife is equally gorgeous. Behati Prinsloo is a Namibian Victoria’s Secret Model. After marrying in 2014, the couple welcomed their first child into the world in 2016. Given her parents’ genetics, it would be surprising if Dusty Rose Levine did not grow up to be astonishingly beautiful. 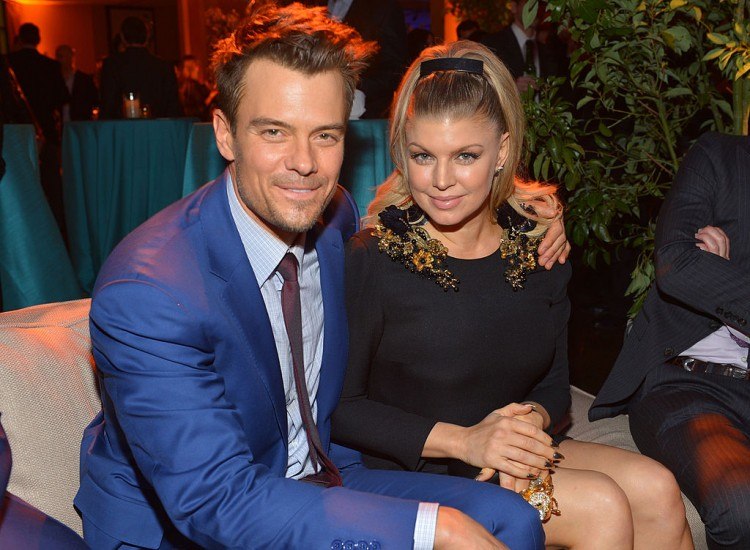 A couple that needs no introduction, Josh Duhamel and Fergie are incredibly beautiful. Fergie has experienced remarkable success both with the Black Eyed Peas and on her own, while Duhamel has starred in several highly successful films. The two married in 2009, but were in a committed relationship for several years beforehand. They met when the Black Eyed Peas performed on Duhamel’s show in 2004. 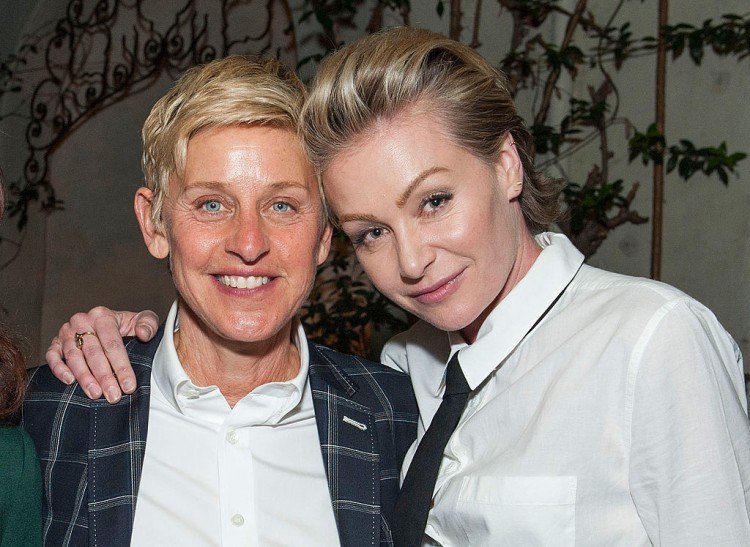 One of the most iconic and inspiring couples in the world, DeGeneres and de Rossi were married in 2008 after same-sex marriage was legalized. Both partners have done modeling work, which is unsurprising considering their striking looks. Perhaps most notably, DeGeneres has been one of the main faces of CoverGirl since 2009. The couple have stated that they do not have any plans to have children. Not only are the two extremely good looking, they are also an inspiration for the gay community.  Though the two are reportedly headed for divorce. 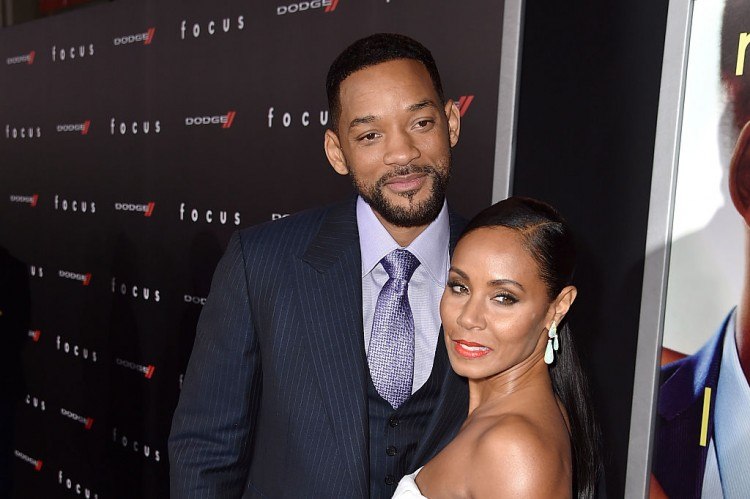 14. Will Smith and Jada Pinkett Smith

Often, celebrity couples emerge and capture public attention only to fizzle out quickly. This is not the case with the powerful and gorgeous Will Smith and Jada Pinkett Smith. The two have been happily married since 1997, and have two children together. Their children have also started successful careers in the entertainment industry, aided in no small part by their incredible genetics. Both partners have experienced the greatest successes of their amazing careers through acting, although they both have worked in the music industry as well. Certainly, their ageless beauty has helped them succeed in the harsh entertainment industry. 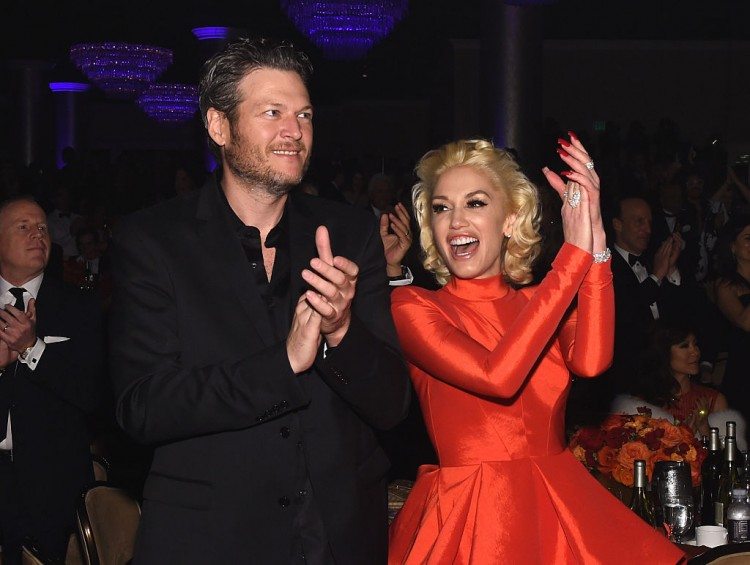 While longstanding relationships are always inspiring, nothing grabs public attention like a new celebrity couple. Both Stefani and Shelton were in long-term celebrity couples with other partners which came to an end while working on The Voice. Consequently, when the co-stars announced their relationship in late 2015, the media had a field day. Both Stefani and Shelton are award-winning musicians. While their incredible voices account for most of their success, Stefani’s striking blonde hair and seemingly ageless beauty, along with Shelton’s rugged country looks have certainly helped boost their popularity. 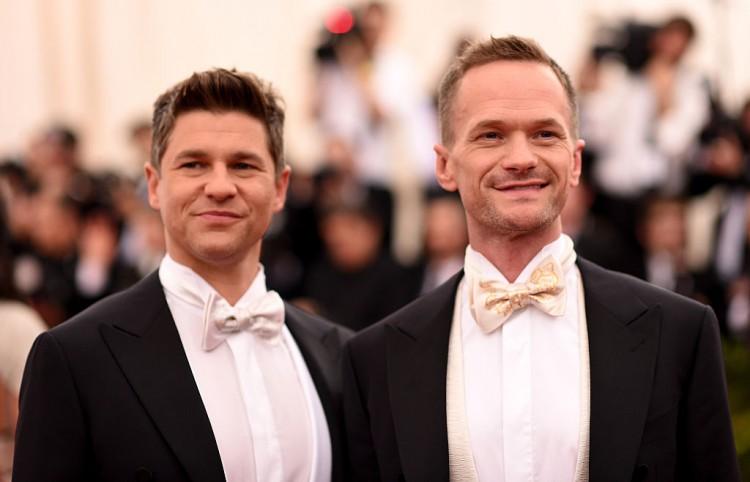 While Ellen and Portia are perhaps the most notable lesbian couple in the world, Harris and Burtka may lay claim to that title for gay men. They are certainly the most attractive gay celebrity couple. The two acted together in How I Met Your Mother, and married in 2014. They are the proud parents of twins, born in 2010. The charming couple have appeared on talk shows together as well as performed live together. There is simply nothing that compares to seeing two beautiful celebrities who are deeply in love working so well together. 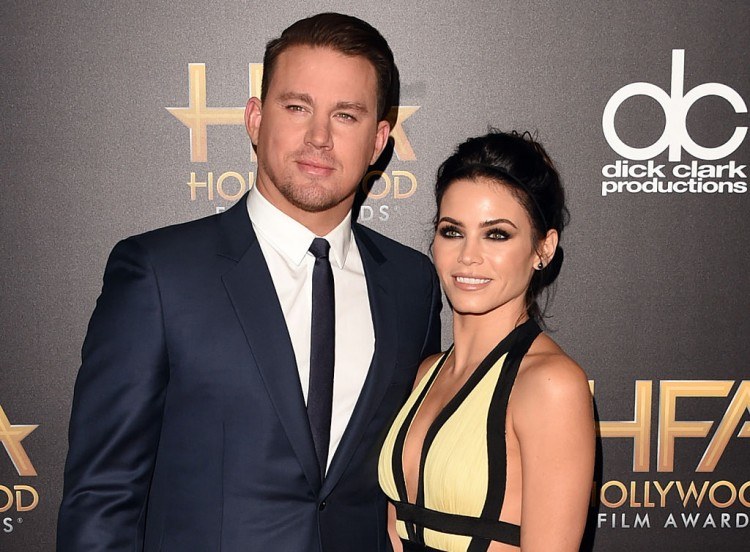 After their appearance on Lip Sync Battle, nobody can deny the sex appeal of Channing Tatum and Jenna Dewan Tatum. They were brought together by Step Up, and began dating shortly after finishing shooting. They married in 2009, and welcomed their daughter Everly in 2013. Not only does the couple have incredible beauty, they also know how to move. Channing worked as a male stripper before achieving success as an actor, and Jenna was a backup dancer for high profile performers like Janet Jackson and Christina Aguilera. 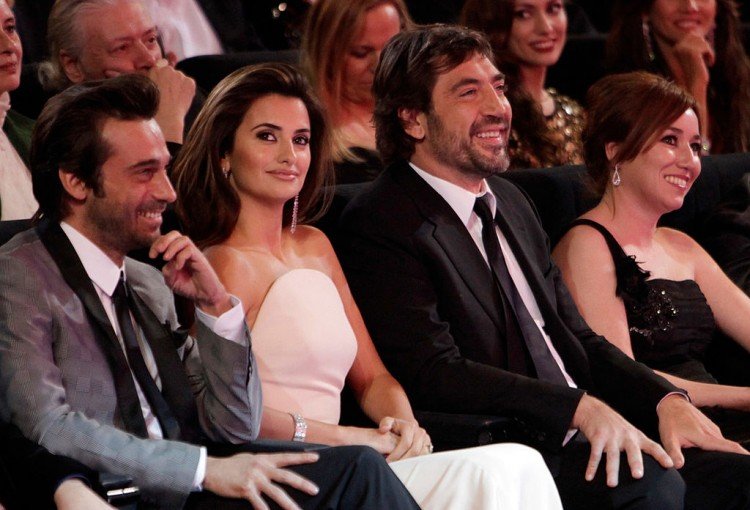 Cruz and Bardem do not get nearly as much media attention as their gorgeous Latin looks deserve. While Cruz has had a successful modeling career, the couple is consistently quiet about their relationship. However, they are clearly two of the most stunning actors in the world today. They married in 2010. In addition to their incredible looks, the two are renowned actors. They have both won Academy Awards, Cruz for Vicky Cristina Barcelona and Bardem for No Country for Old Men. 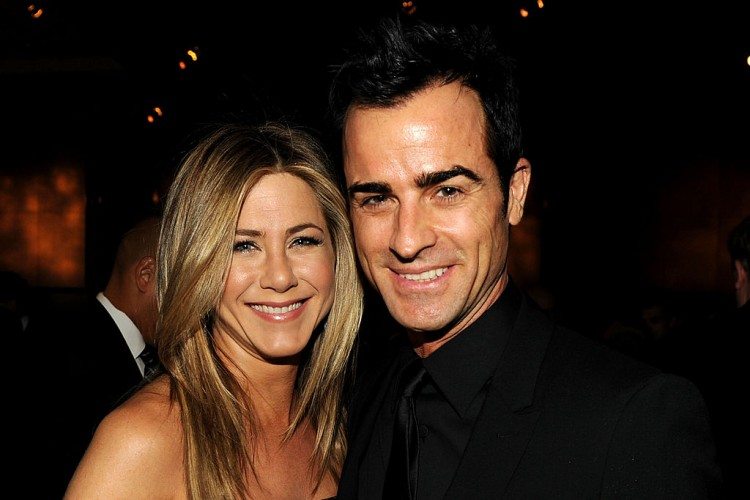 Although she has spent decades in the public spotlight, Aniston was named 2016’s “most beautiful woman” by TIME. She seems to become even more beautiful with each passing year, which is remarkable considering how gorgeous she was in her early career. Theroux is a handsome and striking actor who worked with Aniston on Wanderlust. The two married in 2015. 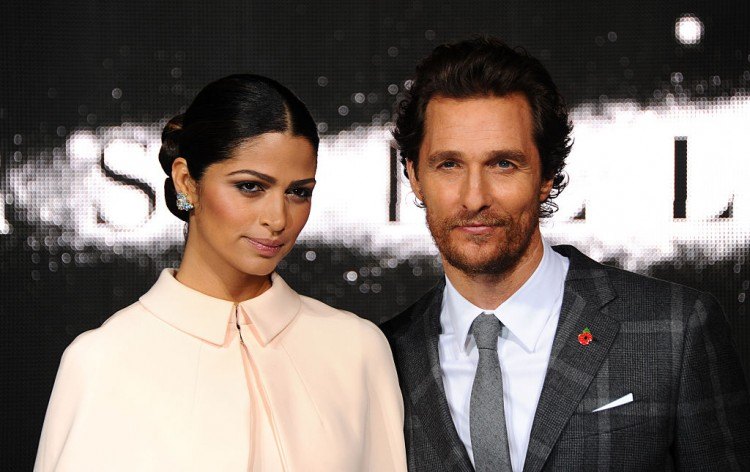 Before his resurgence to become an award-winning and critically acclaimed actor in serious dramas, McConaughey was best known for his washboard abs. Fittingly, his wife Camila Alves is a stunning Brazilian model who has done work for massive brands like Macy’s. The two married in 2012 and have three children together. McConaughey has been outspoken about the irreplaceable role that his wife has played in his success. 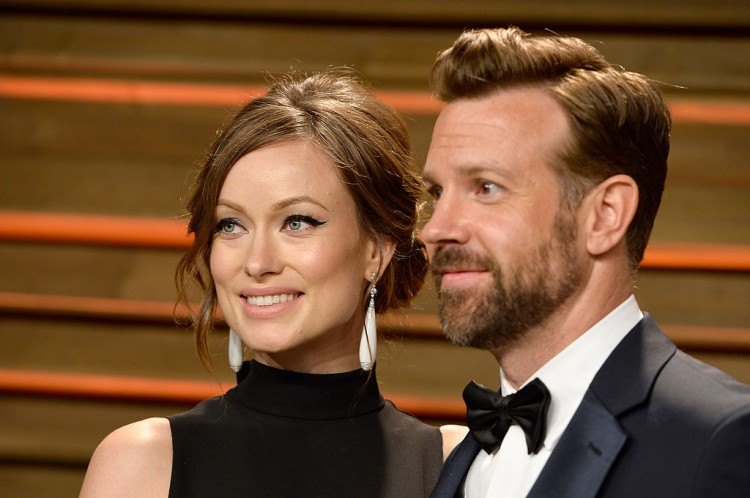 A couple that is not often discussed is Wilde and Sudekis. Wilde is a stunning actress and model whose uniquely beautiful features have nicely complimented her acting talents. Sudekis’ looks are often overlooked because he is so well-known for his humor. However, the two make an incredible pair at red carpet events. They married in January of 2013 and have had two children together. 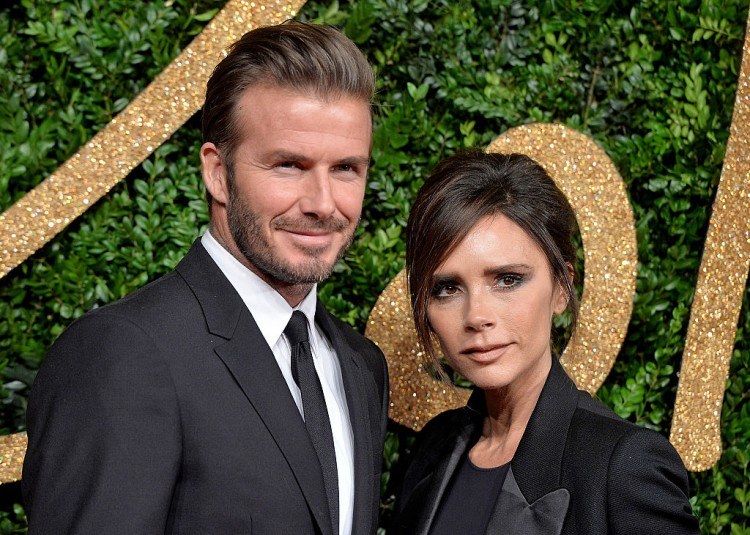 No list of beautiful couples would be complete without the astoundingly gorgeous David and Victoria Beckham. Ever since their union in 1999, the couple has been celebrated as one of the most beautiful in the world. They have both seen immense success in their respective fields; David with soccer, and Victoria with singing. They have four children together, who have clearly won the genetic lottery. 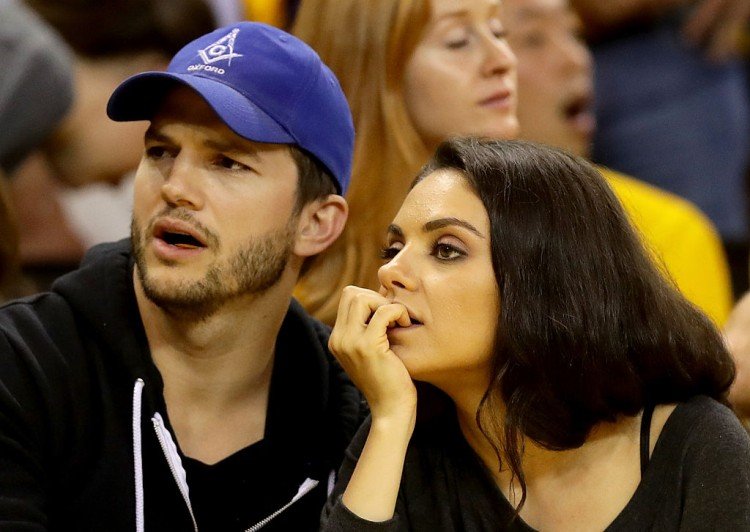 One of the most talked about and popular celebrity couples of today also happens to be one of the best looking. Kutcher and Kunis played love interests on the wildly popular That ‘70s Show, and their real-life relationship began in 2012. They married in 2015, and are currently expecting their second child. Fans often yearn for on-screen couples to fall in love in real life, but it often does not materialize. Luckily, this is one case where two beautiful actors have fallen for each other both on and off screen. 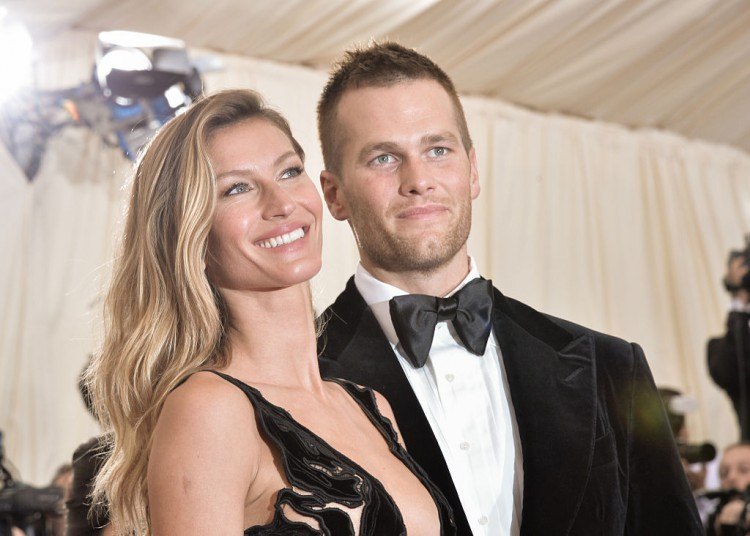 There are few couples that can compare to the stunning Brady and Bundchen. Brady is not only one of the most decorated quarterbacks in NFL history, he is also known for his boyish good looks and strong jawline. Bundchen, as well, is one of the most famous and highest-paid models in the world. The Brazilian model is known for her fitness and strength which contribute to her unparalleled beauty. The couple married in 2009 and have two children together. 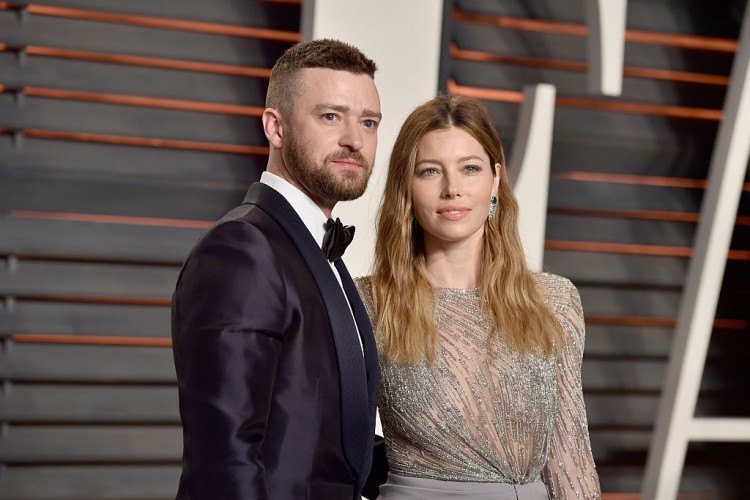 Two performers who are known just as much for their looks as their considerable talent, Timberlake and Biel were married in 2012. While Biel puts her stunning features to great use as she stars in Hollywood blockbusters, Timberlake has seen his greatest successes as one of the highest earning musicians of the past decade. In 2015, Biel gave birth to the couple’s son, Silas Randall Timberlake. 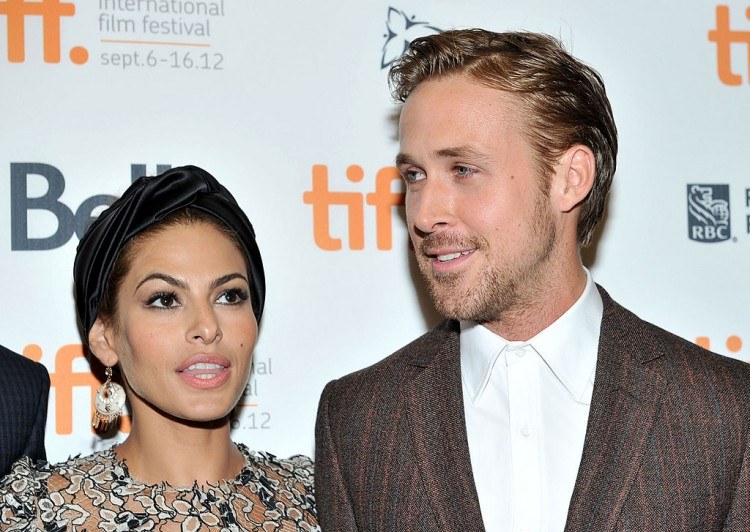 Gosling and Mendes starred together in the highly acclaimed film The Place Beyond the Pines. They subsequently began dating, and now have two daughters together. Gosling is arguably the most gorgeous male actor today, given his incredible features and toned physique. Mendes has consistently received praise for her beauty, and has been featured in several notable lists for her elegant and stunning appearance.

A great deal of social media attention has been given to Reynolds and Lively lately, especially with the massive success of Deadpool. Not only are the two insanely attractive on their own, they are simply adorable together. Both through appearances together and in separate interviews, it is clear that this couple shares a deep bond. Reynolds was named the “sexiest man alive” in 2010, and Lively is known for her incredibly attractive appearance as well. They were married in 2012 and now have two children together.