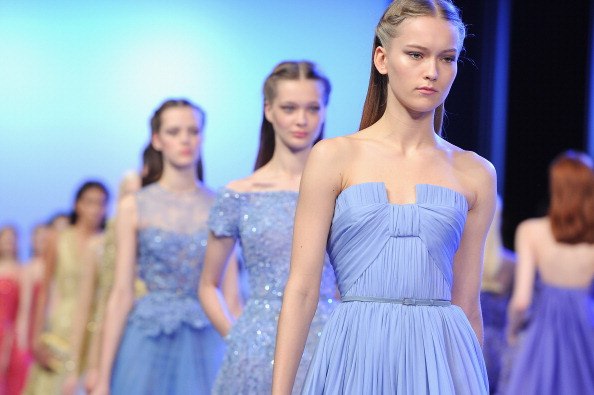 Spending $1500 on a handbag is not something I’m immune to; but it’s also not something I tend to mention. Sure, those who recognize high-end fashion will notice when I walk into a room with a new Louis Vuitton handbag or wearing a pair of Louboutins. Those who know me also know that my style is very heavy on the classic, timeless side and very limited in the trendy department. Anyone close to me knows that my expensive designer bags are bags that I carry for decades, and that when I buy a new pair of Manolo Blahniks or Christian Louboutins, they’re classic designs that will last me a lifetime. In fact, the most shoes I wear most often – probably 4 or 5 times a week – are a pair of black Jimmy Choo pointed-toe pumps with four-inch heels that I bought 9 years ago for $750 and they still look brand new and totally gorgeous. On the flip side, I wear my Tory Burch flip flops most every day during the day and I have to replace each color every year because they wear out. So, while they are significantly less expensive at only $100 per pair, I’ve spent far more replacing them than I have my designer heels.

Do you see why I love designer clothing? It lasts forever and makes the investment a good one. It’s always better to spend more on something that looks better and lasts longer than it is to replace something cheap and poorly made on a regular basis. See the distinction? But that does not mean that fashion designers will not try and rip you off every so often. So to be sure that your investment pieces are in fact true investments, I though it only fair to share with you the different ways in which shopping designer brands can end badly.

One way in which designers rip off the general public is with a low-end collaboration. It’s the Christian Siriano for Payless, the Cynthia Rowley for J. Crew and the Alexander Wang for H&M sales that get you. Why? Because you’re paying to wear a label by a coveted designer, but you’re buying something you likely don’t need and wouldn’t originally purchase except that it’s inexpensive. And you’re not getting a real designer piece.

When Lilly Pulizter announced the brand’s collaboration with Target, us sensible minded people who buy her designs regularly got our behinds out of bed at ungodly hours on a Sunday morning and stood in line with a myriad of other crazy women to get dresses, bags and towels for less than $40 a piece, knowing full well that there would be nothing left by the end of the day (or 5 minutes after the stores opened, in my case). It’s not like Lilly is even expensive in the first place, but the idea of getting her designs for even less was too much for us when we found out it was for a limited time (5 minutes). So we went.

Let’s uses #LillyforTarget as an example once again. We all did it. We went, we conquered, we purchased. And we did it because the publicity was so insane. The countdown; the excitement. The parties that were thrown by supermodels wearing the designs; we couldn’t stop ourselves. And we all went and bought stuff we might not otherwise buy, except that the publicity people told us to do it.

Once again, here’s my #LillyforTarget complaint; the pieces are not made with great quality. I bought adorable shifts for myself and my daughters, and I hate them with a passion. They’re fine for the girls, but the material is cheap and thin, and nowhere near the quality of my regular Lilly Pulitzer clothing. I wouldn’t have spent $40 on a dress of the same material if it didn’t have that designer label on it, so that’s how I was ripped off.

We all love our Tory Burch Millers, and paying $195 a pair is not too bad when you wear them all the time like we do in Florida, where the weather is sandal-friendly at all times. But then she came out with the Mini Millers; the same shoe with a smaller logo, a marginally smaller price, and we all went nuts. We already have them – just a tiny bit bigger – but we had to have these, too. That’s how subtle changes rip us off.

There’s Marc Jacobs and there’s MARC by Marc Jacobs. There’s Michael Kors and there’s MICHAEL by Michael Kors. One is high-end and the other is not. We are tricked into buying the less expensive version because it has almost the same logo, but it doesn’t last nearly as long and it’s not high-end. But we think it is, so we spend more than we should.

High-end designers do not deal in knock-offs, but random people do. And anything that is not originally made by the designer is a knock-off, and therefore a rip off. Let’s steer clear of those.

Ah, yes, the way in which designers feel the need to rip us off the most; by creating trendy pieces to go along with their classic pieces. These are things we cannot help but purchase even though we know that spending $500 on a dress we will wear for one season – probably once or twice, if that – is not a good deal. Of course, I have no issue spending that on a classic DvF wrap dress, but not on something trendy. And that’s how designers get you.

This is one of my favorites. I love Lilly Pulitzer (the real stuff) for several reasons. For one, it’s fun and flirty and very Florida (which is where I live). Secondly, how can you not be in a good mood with such vibrant pieces? And finally, I’m a size 2, but I have to wear a 0 when I wear her clothes because they run a bit large. Whereas when I purchase anything by DvF, I have to get a 4 because it runs a bit small. I’d rather wear the 0 and buy that designer because it makes me feel thin and good about my body; and that’s another way designers rip us off. I’ll buy more of that because I feel better about myself due to incorrect sizing.

And One Benefit of Designer Clothing – Quality Lasts

I say this all the time; when it comes to the classics, spend the extra money. It lasts longer, looks nicer and has a beautiful quality to it. Never go cheap when you wear something classic, and never go expensive when you buy something trendy. Feel free to mix high and low-end designs to create a wonderfully decadent look, and always have fun with your style.