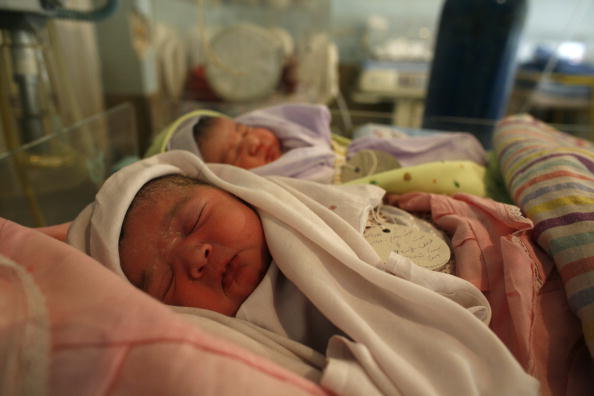 The roaring 20s were a spectacular time for so many of us, and that includes those of us who never lived them. We get to read about the 20s in books and we get to see there are so many different portrayals of this apparently fabulous decade in the movies. Some of us have the pure luck to have grandparents and great grandparents who lived and experienced this decade in the prime of their youth, remembering days long past with soft smiles and fine stories. It sounds like, at least from the stories relayed to me, like the 20s were a glamorous and beautiful decade; one that we should learn some lessons from in elegance, style and grace. But since we can’t get the 20s back, we can at least take something from this decade to use in our own lives, such as some of the popular names. This is a list of 20 glorious baby names from the 1920s that are making a huge comeback right now. Check this list to see if your future child might be on it.

Beatrice is just a pretty name used by so many women back in the 20s. If you have a grandmother by this name, it’s because she was born in a time in which beautiful names and elegance were portrayed far more than anything else, and she was very lucky.

They didn’t give the main character in Titanic this name for no apparent reason. The name is lovely (as is a rose) and was one of the most popular back then. Shakespeare mentions it in his works (a rose by any other name is still a rose) and it’s been a name that we associate with elegance, style and grace.

Who doesn’t want to be named after jewelry? Most women would love the name Pearl if they could have it. It’s soft and sweet, it’s lovely and it’s very ladylike. After all, you can never go wrong with Pearls; they’re perfect for every occasion and the same is true of the name.

It’s strong and it’s masculine. Many celebrities have begun to use this name for their own children, which makes it even more appealing to the locals. The masses love the concept of a name so lovely, and they are happy to provide their little boy with something so strong and dapper.

Teddy for short, it’s a name that’s virtually presidential. Okay, it is presidential. You can’t say you don’t see great things in the future of a little boy who goes by this particular moniker.

When we hear this name, we think of Fitz and Olivia Pope, and we fall more and more in love with it every second. If Scandal didn’t make it popular, it would have come back on its own.

This is a good name because it can be used for either a boy or a girl. The name was famously used on the hit television show Grey’s Anatomy as the main characters mother, Dr. Ellis Grey. It’s a very strong, very capable name.

We love this one. It’s short, sweet and to the point. It’s simple but masculine. It’s effective and it make us think of someone in finance who is going to make a plan and tear up the world with success.

Joe, Joey or Joseph; it’s all relative. This is a name that is very popular in many Italian households. It’s a strong name, and it’s one that’s often passed from generations long ago.

Whatever Lola wants, Lola gets. This is a name that people just adore. It’s also the name of Kelly Ripa and Mark Consuelos’ only daughter, and it’s one that people adore. It’s more popular than ever this year for good reason.

The color last in the rainbow, Ben Affleck and Jennifer Garner made this name popular almost a decade ago when they gave it to their first born daughter. It’s become increasingly popular ever since.

Lovely and sweet, you cannot deny the fact that this name is one that you just want to say over and over again. It has a slight elegance to it married well with innocence and strength.

What makes this name so popular these days is the number of nicknames that can be derived from Evelyn. It’s classic in such a lovely way, but it’s also so beautiful in that it can make an Eve, an Evie or even a Lyn.

Soft and sweet, like a Lilly, this is a name perfectly befitting of a little girl. It’s so innocent and lovely that it’s amazing more families haven’t chosen this as a first name for their little ones. Of course, that doesn’t mean they won’t go ahead and do it now.

Partial to this name, I am. My grandmother is Katherine and one of my daughter’s middle names in Cathryn. It’s a family name in my household. It’s strong and beautiful, and it also happens to the same name as the Duchess of Cambridge, which makes it even more popular.

Now that the Duke and Duchess of Cambridge have used this name for their toddler son, it only makes sense that they would go forth and create a trend. More people than ever before are using this name despite the fact that it’s been decades since it was popular.

It’s a very strong and very masculine name, and we love the sound. There aren’t too many Everetts right now, but there will be in a few years. Chances are good that many pregnant women right now are planning on using this name for their unborn sons.

Classic and strong, Thomas is a name that hasn’t been overly popular in a few decades, but it’s been around. Another one of those names that gets passed down from generations before, it’s a good name with good nicknames. Very strong and able, it is.

My grandfather was Max, and I love this name. In fact, Max was one of the leading contenders when we named our son a year ago, but it lost out to the much more presidential sounding Carter.