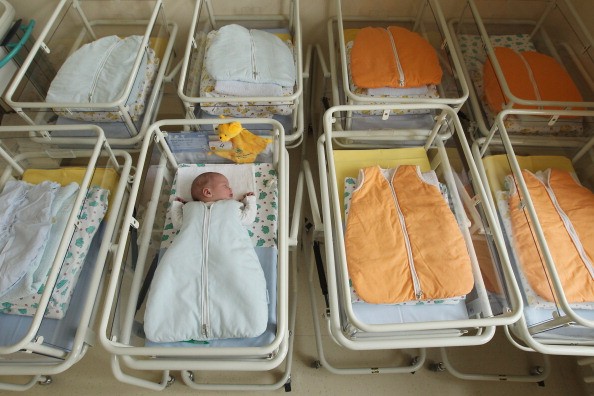 Victorian baby names were popular many years ago, and some of them are becoming stylish once again. These names are ones that have been in style in the past, waned a bit and are coming back with full force and a vengeance. These names are lovely. They’re cultured, elegant, and they are certainly classic. They are the names many associate with success and well-being as they are the names that are worn by those who have lived their lives and are now enjoying their golden years. Their happiness and success are paramount. It helps others associate these names with these traits, and it makes many young parents want to provide their children with names that have as much meaning behind them. While many new parents take into account the meaning of a name, many do not. Some just like the sound of a name. Whatever reason you choose a name for your new baby, these Victorian names are some of the most elegant and appealing; and they’re coming back into style in a major way.

This is a classic name for a little boy that means counselor. Of course, this does not mean your little boy will be a counselor, but there are worse things in life he could choose to do. It’s sweet, and it’s often a family name.

The name means soul, and that is precisely why so many mothers choose this name for their little girls. It’s a class name that has a lot of meaning behind it, and it’s a gentle name.

Bernard is such a classic name for a little boy, and it means brave. The name is very strong but it has a very sweet sound to it, which is part of the reason so many mothers and fathers are particularly drawn to this name.

This classic German name means white, which is often associated with purity. It’s a name that’s given to girls primarily for this reason. Additionally, it’s a strong name despite its very soft meaning.

The name means illustrious and it’s one that is absolutely beautiful and elegant. Clara is one of the chicest names from this era and it continues to be today, as well.

It’s a lovely name that you don’t hear all that often. However, it was once a very famous name used all the time. It’s amazing how much time passes before people realize how lovely a name is. Of course, we all realize it at the same time to there will be plenty of Cora’s in the next few years.

Edith has always been a name used for young girls across the world, but it seems this has slowed a bit in the past few decades. I can’t remember the last time I met an Edith who was anywhere near my age, but that’s changing. More and more families are using this name once again on a new group of young ladies, and it’s going to become even more popular in the next few months.

Effie became very popular again thanks to The Hunger Games, and it’s not looking like a name that’s about to go away anytime soon. Get ready to meet a number of Effie’s in your life. They’re going to fill your child’s classroom in the coming years.

A city in Italy, this is a name that is very feminine and very strong. A Florence does not seem as if she would be a lady who takes anything from anyone. She seems like she would be a strong woman with conviction, a great sense of humor and a bit of a sparkle.

Harry for short, this is a name that’s probably used more than you think it is thanks to the fact that people probably do use their nicknames in place of Harold. However, this is a family name that seems to be used frequently from generations past, and it’s one that hasn’t lost its luster.

This is a particular favorite of mine, as it is such a sweet name. Once associated with older women most frequently, the name Hattie is one that’s so sweet and so lovely we almost wish we knew more of them.

The name of many kings in the past, Henry is a strong name that works well for all ages. It’s not the kind of name you associate with any particular age, which is what makes it such a classic and timeless name for little boys.

It’s a simple name that doesn’t seem overwhelmingly exciting, but the name Jack is so masculine. When you hear this name you think of all boy, and that’s what parents love about it. It works on a child and a grown man, and that makes it priceless.

All we need as an example is the famous, talented and very successful Leo DiCaprio and we are sold. In fact, it’s probably thanks to him that this name has been making such a big comeback over the past few years.

Short, sweet and simple; we love it. Sure, some people associate this with a little yellow character from a slightly inappropriate cartoon series that’s been on television for what feels like forever, but it’s a name that’s more popular than ever. Expect to see an influx of Maggie’s over the next few years.

We love Oscar de la Renta and we love the Oscars in which stars are given really beautiful awards for their portrayals of different characters. We also love Oscar the Grouch, and the name for a little boy. Many parents shy away from this classic name because of the grouch connotation but we really like it.

Not a name that lost too much popularity over the years, this is a name that many people use for their little boys. It’s a family name that is often passed down from generations, but the popularity of the hit show Blacklist has made it more popular than ever.

Such a classic, lovely name, it’s been underutilized in the past few decades. We have plenty of older Ruths in the world, but so few of them are young anymore. We can honestly say that we are thrilled to see this name making a big comeback in the world of baby names.

It’s a name that’s considered sweet and sassy, and it’s pretty. It’s not too uncommon, but it is not a name that’s so common you hear it everywhere. In a few years, however, you will. This name is one that many women prefer to give to their daughters when it’s a name that was once used in their family.

It’s a name you might commonly associate with an older gentleman from a prominent family and that’s primarily because this is a family name. It’s one that was very popular many decades ago and it appears to be making a big comeback.