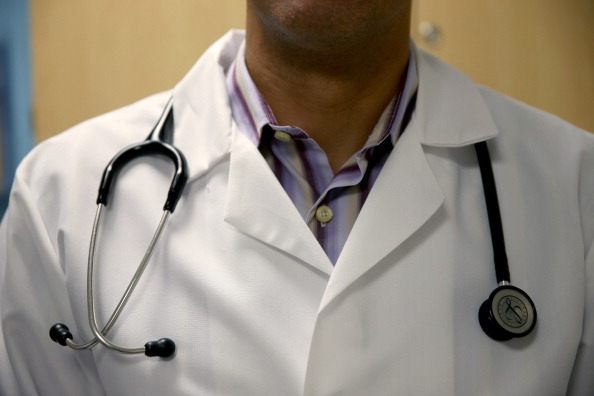 The men and women who work tirelessly day in and day out to save lives are often given the opportunity to save many. But it rarely happens that those whose lives are saved can ever repay those who saved lives. For Chris Trokey and Dr. Michael Shannon, it really worked out. It was 30 years ago when paramedic Chris Trokey was born premature, weighing only 3 pounds and fighting to survive. His chances of survival were around 50%, and Dr. Shannon worked for 45 days to keep this little boy alive. Trokey grew up in Orange County, California where he made the decision to become a paramedic.

Trokey responded to a call in 2011 in which he helped to rescue a burning man from a vehicle. The man spent many days in the hospital recovering from the injuries he sustained in the accident, and that man was Dr. Michael Shannon, the doctor who saved his paramedic’s life three decades ago. It seems that Trokey was able to repay his old doctor by saving his life, something few people can say that they’ve ever done. It was truly a miracle that this little boy for whom the doctor fought so hard to save so many decades ago would choose a profession that would allow him to repay his former doctor by saving his own life.

It wasn’t right away that the two men realized they knew one another. It took Trokey visiting the hospital to see the man he helped save that he realized it was the same man who once saved his life. Since the accident, Trokey has become a father himself, and his own child now goes under the care of Dr. Shannon, pediatrician. The world really does work in mysterious ways, and sometimes those ways are just amazing.