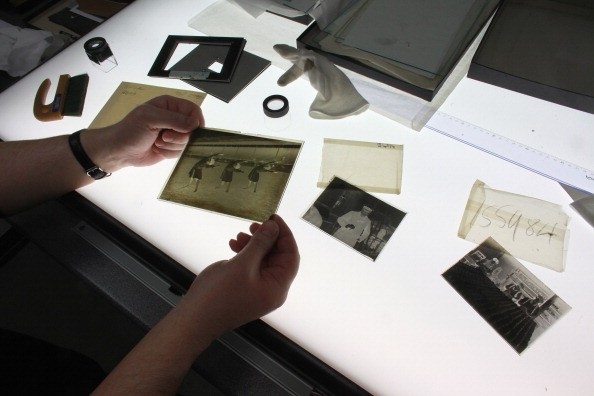 Count yourself among the lucky ones if you were born after the 90s; not only did you miss the big hair, aquanet, combat boots and shoulder pad-era, you also missed out on the time in which your mom would snap photo after photon on a camera you can’t see photos on and then print them out. Wait – what? Yes, you heard me. There was once a camera that was not attached to your cell phone (this was, after all, before cell phones….you know what? You might want to sit down for this). There was once a camera that you had to look through a tiny hole the size of a pin and find the people you wanted to photograph, ask them to smile and then push a button. But you couldn’t look at the photo and see if you looked good. What this meant was that you’d take a half dozen and hope that just one came out all right.

It’s kind of just like right now when you take selfie after selfie and delete the ones you hate, but back then you couldn’t see or delete them. This meant that you had no choice but to take them to a photo lab and have them developed – hard evidence of all bad photos. It was a really tough life. But enough feeling sorry for us old folks. Just because there is not an actual photo of you anywhere but the internet these days (and that’s not always good, either) doesn’t mean that you shouldn’t digitize your family photos. After all, you do want them as memories, don’t you?

Here’s a question: How many boxes or albums (or both) of photographs do you have lying around the house, stored in your attic or office or closets? What? What does that mean, you ask? Yes, you are young. Ask your mom; she has box after box and album after album of photos of you just lying around the house waiting to be organized or just because. That’s what people did before digital cameras, social media and Shutterfly. We took photos and we saved them after we had them printed. It’s actually a nice idea.

The problem, however, is that brick and mortar photos (is that an oxymoron?) will not withstand the test of time. They will not last forever. When I was growing up I used to say that if my house were on fire, I’d grab all my photos as quickly as I could so that I would not lose my memories (I was born in 83, so there are plenty of years without digital photos in my past). Today, I’d grab my kids and as many of my shoes and handbags as I possibly could – because I love those a lot (I don’t even care if it’s vain and shallow). Oh, and my laptop since it has my entire life on it. Oh, and my phone. I better give my husband a list of things I need him to grab in case our house ever catches on fire.

That said, there is a good reason that we need to digitize our photos. I don’t need to worry about grabbing any photos of my kids. I have them all on Facebook, Instagram, Shutterfly and about a half dozen other photo services. I can print them and reprint them and reprint them every single day for the rest of my life if the copies I have now are burned in a fire. But I would miss my childhood photos if my parents didn’t grab those on their way out in a fire. So with that in mind, we have a few very affordable ways you could digitize your old family photos so that you never have to worry about losing your precious memories – and I can assure you that these are some of your most precious  memories.

This is a photo service with affordable photo saving that won’t break the bank. You can have your photos scanned and made digital for only $.59 per photo. The images will be saved as high-resolution photos and you will be able to access them as often as you like using their saving feature. Your photos are also available to have returned to you on a disc or on a thumb drive so that you can keep them safe and access them at any time.

This is probably one of the most affordable ways to digitize your photos as the price is a very low $.33 per photo. In addition to this particular service, you can also have your photos placed on a video or on film, and you can have them saved to a disc so that you can use them when you feel the need. The kicker is that if you want your photos digitized and saved to a thumb drive, you will pay a much heftier fee of $99. Though knowing your photos will be around forever and are always safe makes that fee seem insignificant.

We’ve saved the best for last as this one is significantly less expensive for most users. At $.26 per photo to scan, you will only need to pay a $12.95 fee to have 3000 photos placed on a thumb drive for you to keep safe and sound at home. What’s even better is the fact that this is a photo company that will restore photos that are already damaged and showing their age, which is a wonderful way for yout o keep your photos safe and sound for years to come.

1 thought on “How Can You Affordably Digitize Family Photos?”