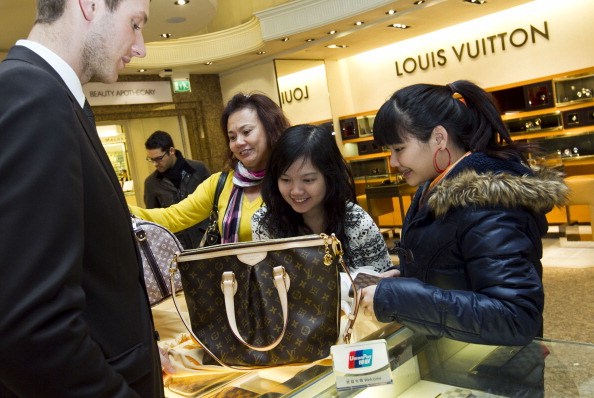 Credit card fraud is among the most common methods of thievery out there right now. It happens all the time, and most of us have no idea it’s happening. It’s not just the man who takes your card out of your wallet after stealing it, or the person who takes your card number in a restaurant after walking away with your card to run your bill. It’s everywhere, and it’s all the time. Remember not too long ago when Home Depot was the target of a major hacking plot, and millions of people found out their personal credit card information was stolen by hackers? That’s a form a credit card fraud that is encompassed by the wide range of potential frauds committed each year.

Protecting yourself against credit card fraud is difficult, because it can happen in just about any way, shape or form. It is all but impossible to be completely 100% protected from this kind of fraud, but there are measures you can take to minimize the chances that someone is able to steal your identity, your information and spend your money. Trust me; I’m married to a banker and I’ve been the victim of credit card fraud more than once. I have some tips from my favorite personal banker (he’s not a personal banker, but he’s my personal banker) that will help us all protect ourselves just a bit more.

Upon waking up a few weeks ago to see that someone decided to take it upon themselves to break into my PayPal account and transfer $3000 from my bank account to PayPal, I was furious. Thankfully, they didn’t realize there is a processing period and I was able to fix the issue before the funds were deposited and anyone was able to steal them. But I had to change all my passwords to just about everything, because I always used the same password for all accounts (oh, don’t judge me. I have four kids. I need easy to remember stuff). My husband was horrified when I told him my passwords were all the same, and I’m pretty sure he momentarily wondered why he married such an idiot.

Call as Soon as a Card Goes Missing

Fast forward a few days after my accounts were hacked. I was waiting on my new cards to arrive and had my husband’s debit card so I could run to the store and get gas. Somehow, I lost his card between the driver’s door and the gas pump walking back to the car after pumping (Only me, seriously) and when I realized I couldn’t find it anywhere in the car, I panicked. I called my husband and had him call right away to cancel his card (leaving us card-less completely for a few days) so that no one could use it. That was the right thing to do, even if it was super annoying. Waiting would have allowed anyone with that card in hand to have used it multiple times at that point.

If there is one thing my favorite banker likes to tell me, it’s that checking our account multiple times a day is the best way to go. It allows you to see fraudulent transactions immediately. Though I can’t say the random, “What did you purchase at Nordstrom now,” or “I hope that Saks charge coming through is the result of something stealing your card,” texts throughout the day are enjoyable. I mean, stalker much, honey? But in all seriousness, he’s right and we are much safer this way.

Get a New Card if You’re Compromised

Anytime a store announces that it was compromised and I know I’ve been there, I demand a new card even if I’m not notified by the bank that my card was one of the ones compromised. It’s just how I roll; you know, in my money that other people can’t steal because I’m so protective of it.

Draw Lines or Zeroes in Blank Lines Above Tip Totals

My husband hates when we go somewhere and there is a tip line and we don’t use it since we threw down some cash. He makes sure there are lines and the phrase “Cash” left in the tip line so that no one can add whatever they want to the total and change it when they run the card.

Even if the personal information you are throwing away does not seem all that important, such as a credit card offer or something boring like that, shred it or burn it or something. Your name, address and other personal information should never be in the trash. Did you know that one of the most common ways that people steal credit card information is by going through your trash? I mean, it’s out all night long before it’s picked up, right? That’s plenty of opportunity.

Do Not Save Passwords Automatically

I’m guilty of this, and my husband hates it. I save all my passwords everywhere I log in, and I let my devices save them for me, too. He says that I’m the world’s easiest target for doing this, and he goes behind me every single day and unsaves all my choices and makes sure that my information is no longer saved. Did I mention that he must seriously think I’m an idiot? He’s too nice to come out and say it, but sometimes I swear it see it in the depths of his eyes when I’m telling him about something id I did that he would never do.

Do Not Save Credit Card Information Online

I used to do this all the time. But then I realized that Nordstrom, Saks, Bath and Body Works, Sephora, Partylite, Target, Walmart, Pottery Barn and just about every other store ever in the world has my credit card information stored in their system, and that’s not good. It takes a little longer to have to input it every time I order something, but I’ve memorized my card information so I can do it in seconds. It’s annoying and inconvenient, but it’s safer and for once my husband is actually proud of me for making good financial decisions as far as giving away my card information.