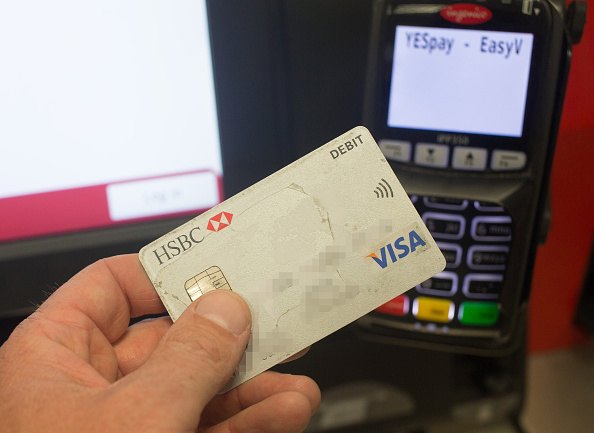 Everyone makes money mistakes; everyone. Even if you think that you are the best when it comes to managing your money with intelligence and with an educated mind, you still make money mistakes. Every single time you buy a latte at Starbucks, it’s a money mistake. Sure it’s only $4, but it’s also something like 700 calories, an entire day of regret and self-loathing, and that makes it a money mistake. Perhaps you buy your vehicles brand new instead of a model year old. That’s a money mistake (depreciation, people! It’s a killer). Maybe you bought a house you couldn’t really afford because the bank told you that you could afford it.

The only issue is that the bank did not tell you that in order to afford that house, you won’t be able to afford gas or groceries, insurance or childcare anymore. Everyone makes money mistakes, and most people live and they learn. Except sometimes people live, think they learn and repeat. Why is it that so many of us make the same money mistakes over and over again without making changes? How is it that the most intelligent species (allegedly; I swear sometimes it cannot be true) on the planet be so stupid about something as simple as their finances?

It turns out, according to financial experts, that it’s a very simple concept. We dwell on the past, and this makes us more likely to repeat the same mistakes in our finances. You might think that dwelling makes it less likely that you will make the same mistakes twice, but it is just the opposite. The more you dwell on past mistakes, the more likely you are to make them again and again. The past is the past, and we need to leave it there. Most of us know that, and we think that it applies to our personal life, our work life and most of our past mistakes, yet we don’t apply the same theory to past financial mistakes.

With that in mind, we have come up with a list of key points that will prevent you from making the same financial mistakes over and over in the future. It’s not difficult; it’s simple, and anyone can do it.

Go ahead and regret the mistake

When we make mistakes in life, we want nothing more than for everyone to hurry up and forget about them, right? We want the moment to end so that we can move on and forget that we did something so silly, so dumb or so embarrassing. But, we can’t rush that moment. It will pass, eventually, but we need to stop in the moment and allow ourselves to go ahead and regret whatever it was that happened.

What we mean is stop and take a look at the mistake. Think about it for a moment. See the mistake and what led to it. Let yourself feel poorly for you for a few minutes. You need to; it will help you process the mistakes and move forward in your life.

Look for the lesson

Now it’s time to put the regret and personal feelings aside and look at your mistake from an outside perspective. Remove yourself from the situation and approach it like an outsider. What made you make that mistake? What did you learn from the mistake? What kind of positive can you take from this situation to apply to your future financial decisions? You see, sometimes mistakes don’t seem like positives, but they are always positives.

Mistakes feel bad, sure; but they are often the most valuable teachers we have in life. Now is the time to look for that positive. What did you learn from this mistake that you can use later on so that you don’t make the same mistakes again? What can you do differently, do the same and improve upon? Use that; it’s important information.

Now that you’ve felt bad and learned something from your mistakes, it’s time to put it away. What this means is simple; get rid of it. Stop thinking about it and stop dwelling. No, it’s not easy to do this, but you can. You can surely find a way to stop thinking about this, and we will tell you how. Change your thoughts. All you have to do is redirect your thoughts when they begin to feel negative or when you feel yourself thinking about your past financial mistakes yet again.

It’s not going to be easy at first, but practice makes perfect and eventually it will become a habit to replace your worried, anxious, dwelling thoughts with happy, upbeat thoughts that make you feel a lot better. It does take 21 days to form a habit, so give it some time and see how that works for you at the end of the day.

Now that you’ve put it away, you have to move on. You have to go ahead and leave the past in the past and not take it with you into the future. You are no longer allowed to dwell on the same mistakes. You see, you have to move on or you will bring back the same feelings that caused you to make the mistakes in the first place. New feelings, new outlooks and a new perspective on your financial situation is going to go a long way toward making you feel as if you can make more positive decisions in the future.

Lay out a financial plan and stick to it. You can do this without too much effort, and you don’t even have to spend much time thinking about it. Worrying that you will make the same mistake again and again will cause you to do just that. Stop worrying, move on and focus on doing the right thing instead of not doing the wrong thing. It seems simple and kind of silly, but financial experts say it works, so there’s no harm in giving it a try.