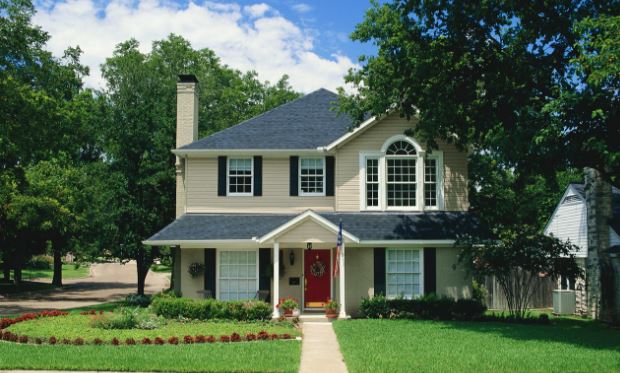 Watching Flip or Flop on HGTV is one of my favorite things to do when I’m sick or when the kids are asleep and we have a half hour to just relax. While I know that the show doesn’t show every aspect of flipping homes, it does provide us with some very valuable information. Every so often we see an episode where the contractor hired for the job has bad news to offer the flippers, and it’s usually pretty expensive news. Sometimes it’s something that ends up working out in the long run, and sometimes it is now. If you don’t know much about buying a house, you might learn a lot from this. Of course, you probably want to look at some things before you put in an offer.

What you must know about buying a new home is that you have to look at certain things before you buy, and you have to expect the unexpected. When we bought our house, we had no idea that our septic tank was full and that it would send our toilets and showers backing up on us within 6 hours of moving into our house. Fortunately, something like that is a pretty easy fix – unless it happens at night on a Saturday and then you have to wait until Sunday and pay a Sunday serving fee; then it’s a little more expensive.

Buying a home is exciting, but there are always a few things that you might not realize are bad news. Red flags are everywhere, and we thought we might let you know in advance what they are so you know to look for them, how to review them and what to do if one of these major red flags pops up when you are looking for a new home.

The potential issue here is a foundation problem. Of course, you might just have a crack for some simple reason and your doors might not close well because they simply don’t fit. However, you’re going to want to have the house inspected for foundation problems prior to signing the final paperwork as foundation issues are typically very expensive to fix – and you have to fix these issues.

You might think that it’s perfectly normal to notice interesting smells in a house. For one, you might notice that some houses smell bad. Certain smells might simply indicate the people living there were a bit older. Other smells might indicate the house has been closed off for a while and hasn’t had fresh air in some time – both are normal and will go away. However, other smells that aren’t recognizable could be a potential problem (thank animals gaining access to unseen areas of the house and living there or dying there).

The same goes for too much of a good smell. Sure, homeowners want their houses to smell nice when people come in to see them – and on any given day because it’s nice to live somewhere that smells good – but too much could be a problem. Are their candles lit everywhere, plug-ins in every single room, open windows and more? Your house could have some issues the homeowner doesn’t want you to notice. For example, an animal that might have used the bathroom more than a few times on the carpet and now the house carries the faint odor of cat urine in the padding or something to that effect.

Of course, it could also mean the homeowner has four small kids, including a set of 2-year-old twins, and they spend the day taking turns making yucky diapers that reek and she just wants to get the smell of baby poo out of the house every single day. I’m just saying. It could happen.

A Street that Looks Sketchy

Are they cars up on blocks everywhere? Are there houses with bars over all the windows? Are there neighbors with trash all over their yards, lawns that look as if they haven’t been mowed in months? These things might not affect your house, but we are willing to bet that they might mean your neighborhood is not all that great. Take a look – it might not bother you, but selling a house in a neighborhood like that could be very difficult as most people don’t want to live by that kind of stuff.