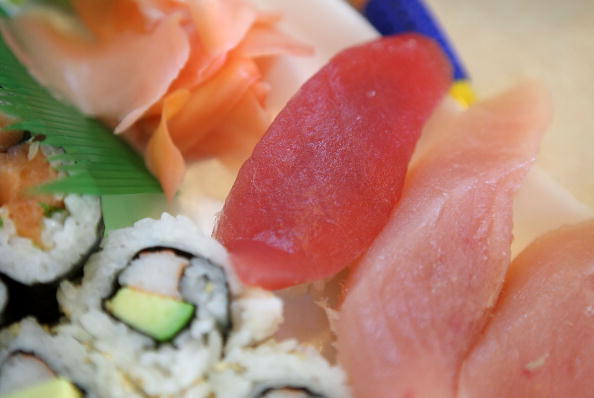 We all love a good sushi restaurant and all that it has to offer. We love the rolls, the chopsticks and the atmosphere. And we love that we never feel guilty after we consume far too much sushi since it’s supposedly healthy and we ignore the fact that we probably order a lot of the least healthy items on the menu. Whatever; who cares. What’s important is the fact that we love sushi restaurants. They’re fun for friends and they’re fun for those times we want to spend the night out having a casual meal, great conversation and great food. But we don’t know all that there is to know about Sushi. In fact, we know very little about it if we really think it through. So we thought we might share with you some of the most fun facts there is to know about sushi. We have so many misconceptions about this popular dish that it is a little sad, and we want to go ahead and straighten those up right now by getting you into the know and making it possible for you to eat sushi like a pro. Perhaps you can impress your friends with your stellar sushi knowledge now.

Did you know that sushi chefs have to sharpen the blade of their knives every single day? It’s a requirement since the knives are expected to create sushi that is very thin and perfect. It’s not easy to cut fish so thin and narrow with a dull blade, so they are sharpened on a daily basis so that this is prevented and the fish can be cut to perfection.

How Much Blue Fin Tuna is Used for Sushi?

Approximately 80% of all the blue fin tuna that is harvested across the world is used to make sushi. That’s a lot of sushi and a lot of tuna. It seems we like our other tuna in other ways, and that makes this statistic make more sense. If you really stop and think about it, have you seen any blue fin tuna used in any other dishes recently when you’ve been out to eat? Chances are slim since so much of it is used to create sushi rolls for those who love to eat it.

Not all Sushi Contains Fish

Many people believe that they can’t have sushi if they don’t like fish. They also believe they can’t have it if they are pregnant. And while it’s true that you should not consume raw fish in sushi while pregnant, there are many different sushi rolls that are not made with fish. Many are made with vegetables and other items and contain no fish at all. It’s not as good, in my opinion, but it’s really how things are made around here.

What Does Sushi Mean?

The vast majority of people in the world are under the impression that sushi means raw fish. It does not. In fact, it actually means sour rice. That doesn’t seem nearly as appetizing for some reason, and that’s just why people are allowed to think what they want about the word. No one ever bothers to correct them because no one really cares what it means as long as they get to eat it all they want.

The Chinese Get Credit

Most people believe that the Japanese are the people they can thank for the invention of sushi, but it’s actually believed that the menu item came from China way before it ever made its way to Japan, which is just fine. At the end of the day, do any of us care at all where the item began just so long as it stays in our lives right here?

In the past, sushi chefs were required to learn the art of this type of cooking for as many as 10 years. However, the food has become so popular that now it is more like 2 years. However, the more experience a sushi chef has, the better the jobs are that he can qualify to get and the more he will get paid. Some places are still picky.

It Could be a Crime to Cut Fish too Thick

There are some panels being set up so that the Japanese Ministry can discuss things that they feel are important. One of these things is the fact that they want to make it a crime for sushi chefs to cut the fish inside of sushi too thick. What the punishment will be, we don’t know. But it sounds a little scary in our opinion.

It Could Also be a Crime to Boil Rice too Much

Another area of concern for the Japanese Ministry is the fact that over-boiled rice is just too much to deal with. They want to make sure that sushi chefs are not making their rice less than perfect. Therefore, it might become a bit of a crime to go ahead and do this. We think that possibly there is too much time being spent on this subject matter.

Your Fish is Frozen First

Did you know that the fish you eat in your sushi in the US has to be frozen first? The Food and Drug Administration created a law that states that all fish eaten raw in the United States must first be frozen so that all the potential parasites living in the fish are killed off and dead long before you take even your first bite of this food. The only fish to which this does not apply is tuna.

Japanese Fish is Not Frozen

Unlike in America and Europe, the Japanese are not required to freeze fish before it is used to make sushi. Instead, the chefs here are highly trained and skilled at looking for certain things on the fish they make so that they can see if parasites exist. For this reason, the freezing of the fish is not a necessity because it’s just not something that needs to be done.