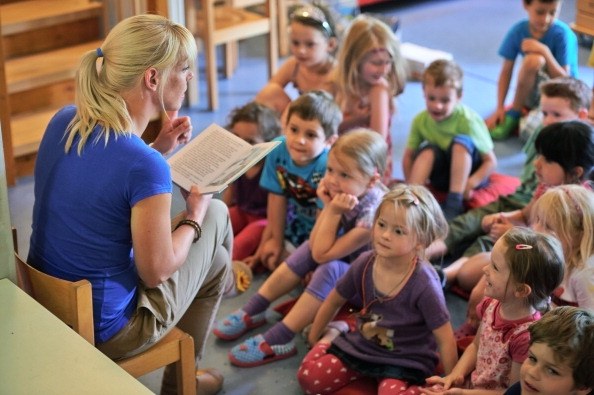 Your child’s teacher probably hates you. Okay, that was kind of rude. She doesn’t ‘probably’ hate you, she definitely hates you if you are the kind of parent listed here. To be upfront and honest, no; I am not a teacher. I love my kids, but I love not being surrounded by 20 kids all day long. I’m actually a better parent to my own kids thanks to the fact that I don’t have to be around that many adolescent human beings for an extended period of time 9 months out of the year (you’re welcome, darlings). On that note, I come from a family filled with teachers, and I also have at least a dozen teacher friends. My mother, my aunt, my cousin, friends; they’re all teachers. I hear more than I ever cared to hear about school and school related functions, activities and happenings (mom, I love you, but really; if I wanted to hear so much about school, I’d have become a teacher, okay?).

One of the things I hear is the frequent complaint that some parents are the worst. I coached my daughter’s cheerleading squad for two years when she was 5 and 6, and decided to be just a mom this year because of the parents. To be quite frank; parents suck. They ruin everything. They want to place blame, they don’t want to make their kids take responsibility for their own actions and they really want someone to complain to, and I was tired of being that person. So, with that kind of knowledge in my life, as well as the stories I hear from the abundance of teachers in my own life, I can assure you that if you are the type of parent on this list, teachers very likely hate you.

We all become angry from time to time. Sometimes our anger is founded, and sometimes it is not. Sometimes parents overreact to something that their kids told them because, well, the story came from a 5-year-old. And I’m not going to throw my own kids under the bus, but my daughter once told me that a bear ate my makeup while I was in the shower (a bear did no such thing) and she was adamant that this happened. So when she tells me stories, I hear them with a grain of salt and a half-raised eyebrow. This is the reason that teachers really cannot stand parents that are so up in arms about everything that they tattle tale to the principal about things without ever talking to them about it.

By the way, my favorite teachers tell me that you can threaten their jobs all you want if your kid isn’t doing his homework and they refuse to give good grades for that, since the principal and school board will very likely take her side. She’s not backing down.

Everyone loves an involved parent, but teachers sometimes really take issue with those who are so involved that they cannot even get anything done. This is the parent that wants to talk to them every morning, every afternoon, sends goodies every single day and writes long letters of appreciation, concern or ‘bragging’ about their kids on a regular basis. Teachers love the appreciation, but there does need to be a limit to all that you do. Sometimes it’s a bit suffocating.

Children do not enter the world without the bodies of at least two people, so it’s always a bit sad when a teacher has never met a child’s parent. As a parent myself, I cannot imagine never meeting my kids’ teachers. We’re there for open house, parent night, events, holidays and for the occasional lunch with our daughter, and we make our faces known. But it’s discouraging to teachers when they have not seen the faces of their kids’ parents – ever. Be present and involved.

A midnight text message, a phone call on their private home number; a drive by at 2 am. It’s all a bit creepy, and there needs to be some boundaries. I mean, really. Teachers are not huge fans of parents that have forgotten that boundaries exist, and it makes it hard on them to want to like you. This is the parent that finds you when you have five minutes to yourself in between classes – when you’d like to use the restroom since your bladder has been on the verge of exploding for at least two hours. This is the parent that comes to talk to you during your very short lunch break in which you are trying to have a bite to eat and grade those papers before running out of time since you have to have them in tomorrow and you want to go your own child’s recital tonight. This person is, quite literally, obsessed with teachers.

Obviously, my child would never do that. My child is perfect. My darling is such a darling. My little angel gets whatever she wants and you are not about to stop that streak.

This is the parent teachers hate the most; and there is a good reason for it. Your child’s teacher has more than just your child in the class, and she cannot allow your child to get away with things that she does not allow others to get away with. And by the way, your kid is not perfect. I cannot tell you how many times I watched one of my cheerleaders full on kick another kid on purpose last year and then listen as the rest of the parents all chimed in that they saw the whole thing, yet this kids’ mother insists her child would not do that – ever. All 25 witnesses are clearly mistaken.

Do yourself and your child’s teacher a favor this year, and don’t be any of these parents. Be present, but don’t hover. Trust in your gut when you feel your child has been wronged, but don’t argue when there are 78 witnesses – it probably happened. Send the gifts, but not like you’re trying to marry the woman. Just be cool. Please.