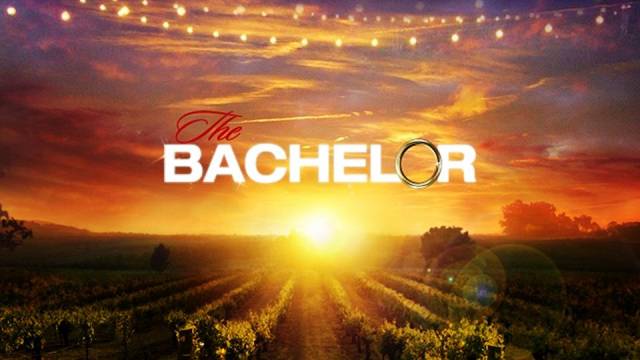 Over the last year, social media engagements were recorded relevant to each television program from three hours before until three hours after the program aired. The engagements were recorded from Facebook, Instagram and Twitter and included Facebook comments, shares, and likes, Instagram comments and likes, and Twitter retweets, quotes, likes, and replies. According to findings, here are the top ten most socially discussed television shows of 2018.

Coming in at number ten is RuPaul’s Drag Race: All Stars. On RuPaul’s Drag Race, host and mentor RuPaul search for the next drag superstar in this American reality competition show. In 2018’s All Stars version, past contestants are invited back to compete for a spot in the Drag Race Hall of Fame.

Throughout the show contestants perform challenges in hopes of performing well and avoiding elimination. Their performance is judged by a panel that includes RuPaul himself, signer and radio DJ Michelle Visage, fashion expert Carson Kressley, and television personality Ross Matthews.

In 2018, the third season of RuPaul’s Drag Race: All Stars on VH1 saw 206,000 combined social interactions throughout all social media platforms.

Coming up next is the second season of The CW’s hit teen drama Riverdale, a much darker adaptation based on the characters of Archie Comics—Archie, Betty, Veronica, Jughead, and more.

The show takes place in the small town of Riverdale and follows the characters through their daily lives. The show was an instant hit in its first season and last year won an MTV Movie & TV award, a People’s Choice award, and nine Teen Choice Awards (out of 12 nominations) including Choice Drama TV Show, Choice Drama Actor and Actress, and Choice TV Villain.

In 2018, the second season of Riverdale was discussed on social media a recorded 207,000 times across all platforms.

Number eight on the list of most socially discussed television shows goes to This Is Us, the NBC comedy-drama series that’s famous for making its viewers cry. This Is Us follows the lives of everyone in a single, large family—two parents, their three children and their families. This Is Us has been a runaway hit since it debuted on September 20th, 2016.

This Is Us has been immensely successful thanks in part to its ensemble cast made up of Mandy Moore, Sterling K. Brown, Milo Ventimiglia, and many more.  Last year it won such prestigious awards as a Golden Globe, an Emmy, and two Screen Actors Guild awards but was nominated for a combined 32 awards.

Next on the list is another American reality competition show, of sorts. In what can be called a modern day dating game show, The Bachelorette takes the #7 spot on most socially discussed television shows for 2018.

The Bachelorette—a show during which a pool of men compete for the love and marriage of a single, eligible woman—first debuted on January 8th, 2003 and has been a hit ever since. 2018 marked the show’s fourteenth season with Becca Kufrin as the bachelorette and Garrett Yrigoyen as the winner.

American Horror Story is well known for its ensemble cast (Angela Bassett, Jessica Lange, Mena Suvari, Kathy Bates, to name a few) and was the most-viewed new cable series during its first season. This eighth season takes place in the near future after a nuclear blast inside an underground bunker.

Bringing something a little different to the list is WWE Smackdown, a live professional wrestling television program that airs Tuesdays on the USA Network. WWE Smackdown first aired on April 29th, 1999 making 2018 the program’s 21st season.

In its many years of production, WWE Smackdown has been broadcast from over 160 arenas around the world in countries such as the United States, the United Kingdom, Iraq, Mexico, and Italy. It originally aired as a one-time television special but continued as a series later that same year.

Appearing near the top of this list still in its 16th season is American Idol, a singing competition series hosted by Ryan Seacrest. On American Idol, contestants from around the country compete through a variety of singing performances to become the next American idol winning a record contract along the way. These performances are famously judged by three celebrity judges—in 2018 that was Lionel Richie, Katy Perry, and country singer Luke Bryan.

Former American Idol judge Simon Cowell later created his own talent competition show—America’s Got Talent. AGT, as it’s sometimes referred, debuted on June 21st, 2006 making 2018 the show’s 13th season. Like American Idol, America’s Got Talent sees performances of all types by contestants (singing, magic, comedy, and even dog tricks) get judged by a celebrity panel. In 2018 those judges were Howie Mandel, Heidi Klum, former Spice Girl Mel B, and Simon Cowell himself.

The runner-up to the top spot on this list is another live-airing professional wrestling program, WWE Monday Night RAW. Airing on Monday nights on the USA Network, WWE Monday Night RAW is another series that broadcasts from arenas all over the world. It debuted on January 11th, 1993 and has since aired 1,342 episodes to date—making its #2 spot on this list all the more impressive.

In the top spot for most socially discussed television program of 2018 is The Bachelor, the reverse of #7 on this list, The Bachelorette. On The Bachelor, a pool of women compete to win the love and lifetime companionship of a single eligible bachelor.

In 2018, this version of the American reality dating show saw a successful 22nd season with future Bachelorette Becca Kufrin win the heart of Arie Luyendyk. However, Luyendyk later broke off their engagement and started dating the show’s runner-up.

This season of ABC’s The Bachelor saw 611,000 total social media interactions putting it in the number one spot on this list.