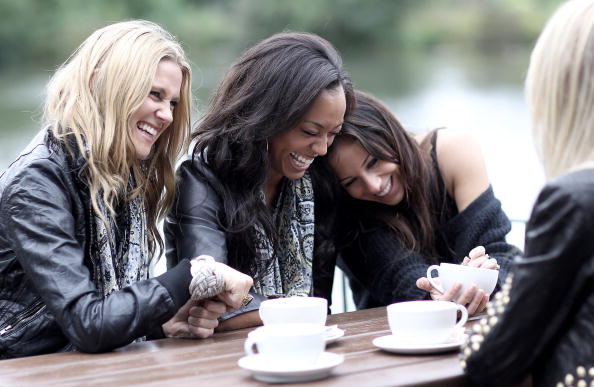 “I’d give my left arm for (insert some cool item here,” or “I’d give my first born for (awesomeness here, please),” or whatever. These are just a few of the things that we like to say we’d do in our house for something amazing. For example, I sometimes offer up my left arm for one morning of peaceful school-getting-ready time with my four kids that does not include one fit, one argument or one person saying a word about the clothes they already chose to wear (it’s an issue in my house, and there is no much I wouldn’t give for just one happy morning before school). We say it, but most of us would never do it. Free stuff is great, after all, but is it that great? Maybe; maybe not. It all depends on your perspective. Some people might be willing to go out of their way to crazy things for free stuff; I’m not one of them despite the fact that I’ll do normal stuff.

I just bid on a spa day at a silent auction, continuously upping the price because I wanted a free day at the spa; and that’s when it turned crazy. Turns out, my free day at the spa actually cost me more at the silent auction than just going to the spa and paying for the services myself. Why? Because I’d been enjoying some libations, I’d been enjoying good company and because it was at a charity event to raise money for scholarships for local children. I was willing to pay more for something because it was for charity, even though it was not cost effective. That’s about as crazy as I’ll get. But other people, well, they’ll do some seriously crazy stuff. Here are examples of 10 of the most insane things people have done for free stuff.

There was a contest not too long ago by a famous airline that would send one lucky person to Berlin to start a new life – all expenses paid for one year – if they would only change their name to something completely unreadable and strange. It turns out that 42 people legally changed their names, each one knowing that only one person would actually win this. Now there are 42 people in the world with the same crazy name, and only one got anything for it.

Reebok told runners a few years ago that if they had their logo tattooed on their bodies, they would win a free sponsorship for a year. The catch is that it had to be a really big tattoo. The person with the biggest one would win. It seems people forget that’s a forever thing.

Change travel plans in an instant

One airport had people in the terminal push a button on a board and they would have to cancel their existing travel plans to go wherever the board said after the button was pushed, even if they’ve never heard of it. And they had to leave right that second. A lot of people did it – and that might honestly be something worth trying.

Lick the grill of a car

One woman licked the grill of a car that was covered in chocolate (can we say chocolate covered bugs, anyone?) so that she could win the car. I mean, I guess people go on television to participate in Fear Factor and do far worse things, like lie in a tank of spiders so that they can win a few grand. I’d rather lick the front of a chocolate car, to be quite honest.

Name your kid after a brand

There are many people that took part in this phenomenon sometime at the turn of the century when major companies were offering thousands of dollars to anyone who was willing to name their baby the brand name. It was strange stuff, too. We’re not talking about Mercedes as a brand – people do that free of charge. We’re talking things like Xerox and Twitter.

People do this all the time, and it’s a bit too much for me even if it is kind of funny. Remember Kendra Wilkinson from the Playboy Mansion? She once had her entire body painted and went nude like that to serve cocktails at the Playboy Mansion so she could meet Hef, and then she moved in with him. It worked out for her, but not so much for other people it seems. It might seem more like a crazy thing to do than anything else, but that’s all right.

If ever you’ve thought about piercing yourself for something free, you are not alone. I remember reading an article once about a couple of young men who were willing to see just how big they could make their newly pierced ear holes in an effort to meet some famous skateboarder a few years back. They now have huge holes in their heads and it’s not attractive.

I love Ellen DeGeneres, and I love when she makes people stand in the street dressed a crazy animal or whatever and sing a rap so she can choose someone to come to her show or be around her for something. It never fails to make me happy, and it is precisely why I love her and her show so much. She has her stuff together, and people are willing to do anything to see her.

Another one of my favorite Ellen moments is watching her dance dares, in which she would have people go up behind other people who have no idea anything is happening. The goal is to dance behind them, capture it on film and not get caught. It’s actually pretty hilarious.

Repeat after a celebrity

Another one of my favorite Ellen moments is when she puts a microphone in the ear of a celebrity and makes them repeat only what she says so that the audience can win prizes or so she can donate money to charity. She makes them embarrass themselves adequately and perfectly, and it’s always worth watching to enjoy that kind of hilarity.