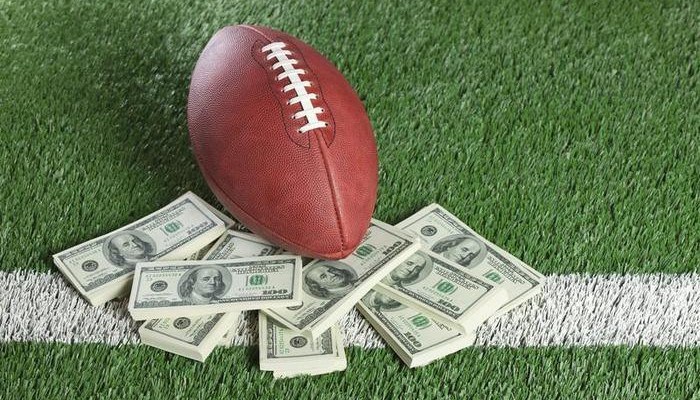 Football is fun, energizing, and, believe it or not, endowed in lessons on financial matters. You can learn a lot about money management by observing football players’ tactics in relation to the rules regulating the game. All you need to do is observe and relate what you see to how you earn and spend your money. Here are ten fun money lessons that you can learn from football.

You need passion to be successful

It takes more than mere muscle and speed to be a good football player. The best football players of all time achieved their feats through talent and passion, as well as hard work. The same applies when it comes to earning. Most people set their eyes on the highest paying occupations when striving to be rich. Although some are successful, others fail miserably. Most of those who prosper hardly enjoy their work. Like every successful entrepreneur will confess, the best approach is to do something that you are passionate about. The passion will drive you and give you the motivation to grow even the smallest business into a multi-national corporation. It has been done many times.

Network with other people

Although certain football players stand out among the rest, the entire team benefits from their actions. Every player is endowed with different strengths and skills, and it is through cooperation that these strengths are harnessed to guarantee a win. Similarly, earning becomes easier and quicker when you are working with other like-minded people. If you are an employee in a company, you need to cooperate with your fellow employees to further the company’s achievements. The efforts of a true team player hardly go unnoticed, and are usually rewarded with raises and promotions. If you are an entrepreneur or self- employed, you need to cooperate with your coworkers and become more of a team player than an overseer.

As mentioned above, a football team consists of players that are gifted with varying skills and strengths. The coordination of these skills increases their chances of winning and compensates for individuals’ weaknesses. The same case applies to earning. Smart investors usually have diverse investment portfolios as they invest their money in different places with two goals: first to get more money and secondly, one successful income stream will compensate for another one that may incur loses. It is a classic case of not putting all your eggs in one basket.

Be disciplined in your spending

Good money management depends on your level of self-discipline in the same way that success in football depends on the team’s discipline. An undisciplined football team is disorganized and lacks coordination, and, consequently, becomes an obstacle in itself. Similarly, you need to be disciplined in how you spend your time and money, if you wish to be a good money manager. If you waste your time, then you lose opportunities to earn and learn. If, on the other hand, you do not plan your budgets well, then you will spend your money inappropriately and waste the effort spent earning while simultaneously reducing your savings and investments.

Football players deserve their fame and wealth, considering the lengths to which they go when training. Players have to practice regularly to improve on themselves, and teams have to observe their competitors and practice how to beat them at their own game.

In the financial world, practicing comes in the form of taking risks and learning. If you are an entrepreneur, then you need to take risks to discover new opportunities or else you will never make a mark for yourself. If, on the other hand, you are an employee, then you need to dedicate enough time and attention to your work to learn from your superiors and become as good as them or even better.

Football players come a long way before becoming stars, and most of them begin by setting simple goals such as increasing their speed and muscle mass. Teams, on the other hand, set progressive goals that often begin with winning friendly and local tournaments. Goals are also important when it comes to earning and managing money. To start with, they function as incentives. Having a particular figure in mind gives you the motivation to work towards achieving it. Remember: goals should be progressive, so you should always set a higher goal once you achieve your current one.

Every individual player in a football team is accountable to his fellow player, and they are all accountable to the coach. The coach is also accountable to himself as well as the fans. To this end, players who fail have to account for it through time on the bench or extra training, while teams that fail pay by losing approval from their fans. You, too, should be accountable to yourself in your endeavor to make money. For instance, you should be willing to sacrifice something you like, such as partying, if you fail to achieve a certain financial goal in order to get the proper motivation to work harder next time.

Have a bigger picture in mind

Most of the richest people in the world are known not only for their money, but also for other achievements as well. For example, Bill Gates is more popular for developing Windows and revolutionizing computer technology than he is for his vast wealth. In the same way, you should work with a bigger goal than just getting rich, and you may very well set the pace in your niche and establish a limitless flow of income like Bill Gates.

Football players too usually have a bigger goal than just stealing the show or getting the spotlight. Every player’s priority is working with the rest of the team to ensure that at least one person scores to ensure a victory, and although not all players get the spotlight, they all go home with fat checks.

All the running and clashing involved in football is tiring and even injurious, but that never seems to stop the team. The players are always focused on winning, and every player strives to maintain his position to the very end of the game.

In business too, the failures and disappointments that arise along the way can be rather discouraging. However, they should not make you lose your focus on your goals. Feel free to take a break, but always gather enough strength to get back into the game and outdo yourself.

There are many ways to be rich, but not all are genuine or even safe. In the same way, football players have several options for refining their skills. Some choose to take risky shortcuts such as doping. Although this can boost their success in the short-term, it also leads to their eventual ruin. The allure of fast money may tempt you to engage in fraud, but, just as is the case with football, you may be ruining your whole future in the process. Not only will engaging in fraud cost you money, but it can damage your reputation and even freedom too, subsequently limiting your financial ability in the future.